No one likes to be fooled or be called a fool – but here we are in the month of April and you know what that means!

Have you ever heard the history of April Fool’s Day or All Fools’ Day? There is speculation that it dates back to 1582 when France switched from the Julian calendar to the Gregorian calendar. With no TV or social media, people were slow to get the news or failed to recognize that the start of the New Year had moved to January 1, and they continued to celebrate it during the last week of March through April 1.* If you were late to this party, you became the target of jokes and hoaxes.

There is the fool who is taken advantage of simply because they are not knowledgeable and then there is the fool spoken of in the book of Proverbs as the one who refuses listen to wisdom (Proverbs 15:5). Sometimes circumstances fooled us into believing something that was not true – or because you were led to believe something.

When we asked our Health Coaches about food myths that surprised (or fooled) them until they learned otherwise, we received some interesting answers! Listen to the voices of wisdom. It is especially important to make wise food choices as you are home more than normal during these days of social distancing. 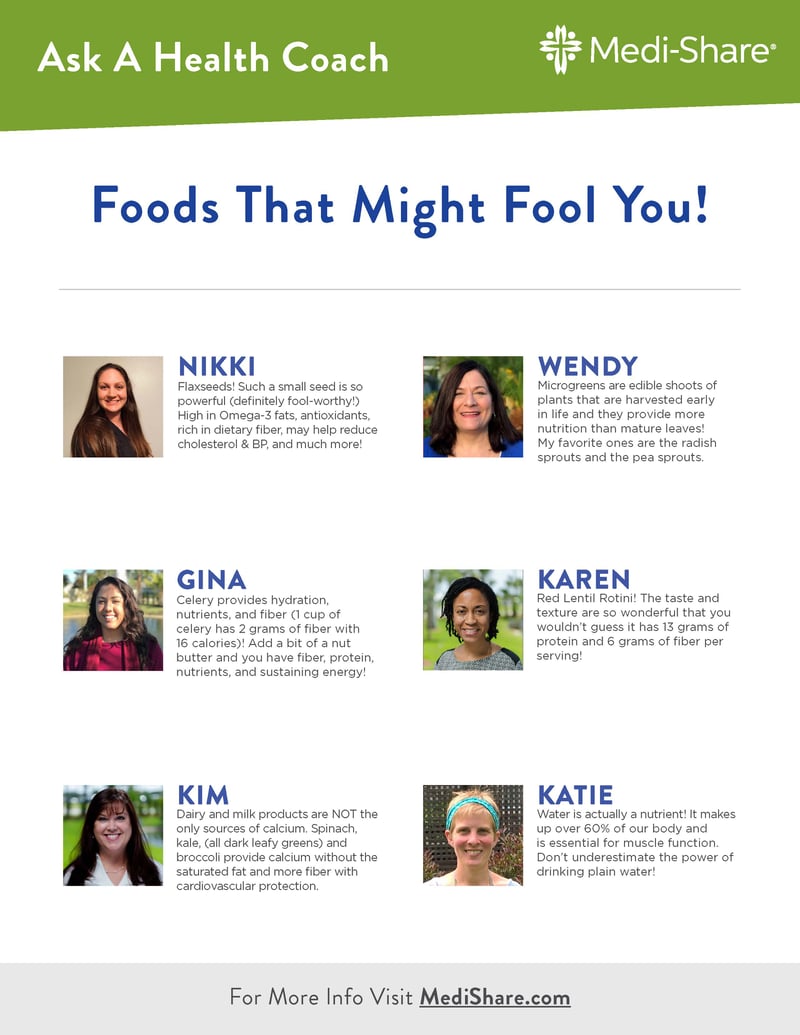