As seen in Charisma: Children are a true blessing from God, even on the days we may not feel like it. It is both an honor and a tremendous responsibility to raise a child up in the way he should go.

“Train up a child in the way he should go; even when he is old he will not depart from it.” – Proverbs 22:6 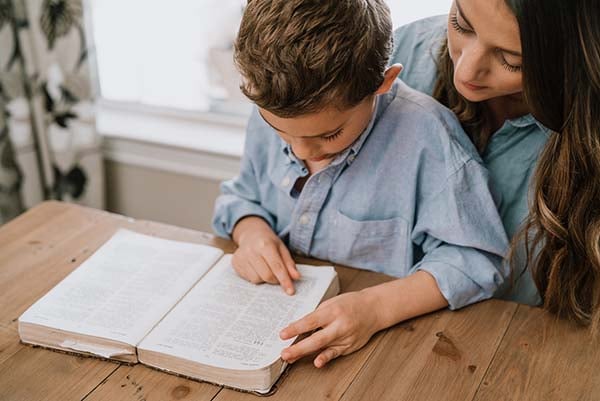 What a privilege it is to guide a child in their walk with the Lord and lead them into their own mature relationship with our heavenly Father. As a mom of a son and a daughter, I see daily how different God designed boys and girls. At age 12, my son is approaching those teen years, causing me to reflect on the journey to this point and the road ahead.

Whether you are raising a son or mentoring another young man, here are 10 tips to help him grow into all God has for him.

The most important thing you can do for your son is to pray for him. Pray for his future wife. Pray for his purpose – that it will be revealed to him as he matures and that he will follow it. Pray for his health and protection, for his Godly influence, and for his future kids. He is God’s son, but you have been given the amazing blessing of raising him. Pray continually that God equips you to be the parent that your son (state his name) needs. And know that God will equip you and walk alongside you every step of the way.

Debbie Ryan is a Public Relations Specialist with Medi-Share. In addition to being a wife and mom, Debbie is passionate about health and wellness and encourages others in healthy living every chance she gets.