The Importance of U.S. Constitution Week

Hello from your Government Gal, Lindsey! September is here and it is one of my favorite months! I am excited to share with you perhaps a little known celebration that receives a whole week of reflection, discussion, and jubilee: Constitution Week.

I would like to give a special recognition to the Daughters of the American Revolution for introducing me to this opportunity to reflect and celebrate. According to their website, “This celebration of the Constitution was started by the Daughters of the American Revolution. In 1955, DAR petitioned Congress to set aside September 17-23 annually to be dedicated for the observance of Constitution Week. The resolution was later adopted by the U.S. Congress and signed into public law on August 2, 1956, by President Dwight D. Eisenhower.”

When I was a Legislative Assistant in the Florida legislature, I had the opportunity to attend a yearly celebration honoring our U.S. Constitution. I was so moved after my first meeting that I brushed up on my constitutional history and re-read the text.

I walked through the opening statement, the Preamble, with elementary students each year. We broke down each sentence and put our thinking caps on to share examples of how we could walk out these instructions in today’s world. 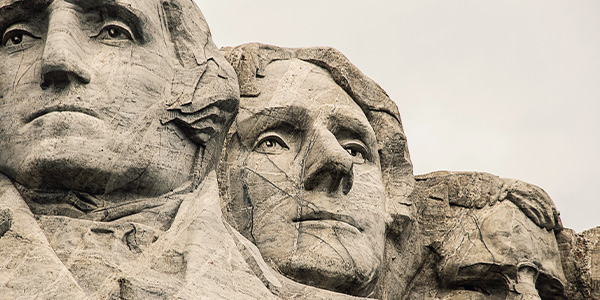 I am excited to share a little background with you in hopes you will be encouraged and inspired to celebrate this week. Here are some quick facts and a history refresher:

The preamble of the United States Constitution reads as:

“We the People of the United States, in Order to form a more perfect Union, establish Justice, insure domestic Tranquility, provide for the common defense, promote the general Welfare, and secure the Blessings of Liberty to ourselves and our Posterity, do ordain and establish this Constitution for the United States of America.”

As Christians, we have the opportunity to live out our faith in this beautiful and ever-changing country. One thing that hasn’t changed is the Bible. Even though God’s Word was written a long time ago, it still rings true in our everyday lives. Let’s take a closer look at the Preamble of the Constitution and see where the Bible guides us as well!

“We the People of the United States, in Order to form a more perfect Union”

1.) The framers wanted to make a better government than the one that existed under the Articles of Confederation.

2 Corinthians 5:17 – Anyone who is joined to Christ is a new being; the old is gone, the new has come.

2.) Set up a legal system that seeks fair ways to settle disputes & grievances.

Exodus 23:2 – Do not follow the majority when they do wrong or when they give testimony that perverts justice.

Proverbs 31:8-9 – Speak up for those who cannot speak for themselves; ensure justice for those being crushed. Yes, speak up for the poor and helpless, and see that they get justice.

Isaiah 1:17 - Learn to do right; seek justice. Defend the oppressed. Take up the cause of the fatherless; please the case of the widow.

Psalms 106:3 – Blessed are those who act justly, who always do what is right.

3.) Establish a peaceful society where people are protected from unlawful acts.

Proverbs 17:14 – Starting a quarrel is like opening a floodgate, so stop before a dispute breaks out.

Proverbs 20:3 – Avoiding a fight is a mark of honor; only fools insist on quarreling.

“Provide for the common defense”

4.) Will seek to protect citizens from foreign attacks.

Nehemiah 1:2 -4… asked them about the Jews who had returned there from captivity and about how things were going in Jerusalem.They said to me, “Things are not going well for those who returned to the province of Judah. They are in great trouble and disgrace. The wall of Jerusalem has been torn down, and the gates have been destroyed by fire.” When I heard this, I sat down and wept. In fact, for days I mourned, fasted, and prayed to the God of heaven.

1 Peter 5:8-9 "Be alert and of sober mind. Your enemy the devil prowls around like a roaring lion looking for someone to devour. Resist him, standing firm in the faith, because you know that the family of believers throughout the world is undergoing the same kind of sufferings."

5.) Try to ensure that all people will have a certain standard of living.

Jeremiah 29:7 “Also, seek the peace and prosperity of the city to which I have carried you into exile. Pray to the Lord for it, because if it prospers, you too will prosper.”

Proverbs 11:25 “A generous person will prosper; whoever refreshes others will be refreshed.”

“And secure the Blessings of Liberty to ourselves and our Posterity”

6.) The new government will work to protect people’s freedom in all aspects of life (and for future generations).

Psalms 22:30 – “Our children and their children

will get in on this

As the word is passed along

from parent to child.

Babies not yet conceived

will hear the good news—

that God does what he says”

Galatians 5:13-14  “You, my brothers and sisters, were called to be free. But do not use your freedom to indulge the flesh; rather, serve one another humbly in love. For the entire law is fulfilled in keeping this one command: “Love your neighbor as yourself.”

“Do ordain and establish this Constitution for the United States of America.”

Philippians 1:6 – “There has never been the slightest doubt in mind that the God who started this great work in you would keep at it and bring it to a flourishing finish on the very day Christ Jesus appears.“

We would love to hear how you will be observing this week and if you learned any new facts!

Lindsey Swindle is the Director of Government & Policy Affairs at Christian Care Ministry. She’s a two-time graduate of the University of Central Florida. Lindsey has a passion for community service, mission trips to Peru, and working with children and teens. In her spare time she enjoys reading her bible as well as classic books and exploring small town festivals.