What You Need to Know About Psoriasis

August is Psoriasis Awareness Month and, as someone who struggles with this unpleasant skin disease, it's nice to know what psoriasis treatment options are out there, which ones work, and which ones have side effects.

Psoriasis is an autoimmune disease where abnormally excessive growth of the epidermal layer of skin produces extra skin cells, resulting in patches of red itchy skin and a white scaly buildup. There are five types of psoriasis with 90 percent of cases being plaque psoriasis. 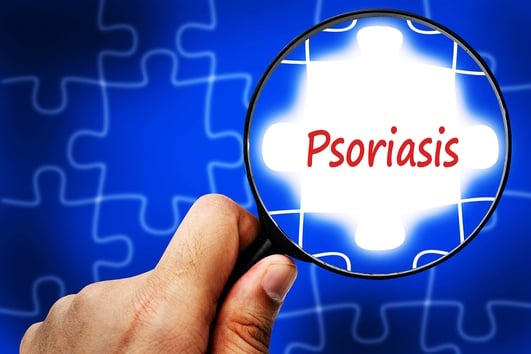 Plaque psoriasis is usually found on the back of the forearms, shins, around the naval, and on the scalp. This genetic disease is not contagious, but can be uncomfortable and embarrassing to those who suffer from it.

Psoriasis can become worse with beta blockers, NSAIDs, infections, or psychological stress. Also, changes in season, scratching the skin, excessive alcohol, cigarette smoking, and obesity can worsen this disease. Psoriasis may even appear after a bout of strep throat or made worse with the presence of candida in the gut.

I first noticed the patches of itchy scalp build up after moving from the sunny California climate to the cold found in Michigan. I was in middle school. My grandfather had it on his elbows, so I was at least grateful mine was only on my scalp. For years I tried tar shampoos and steroid creams, suggested by doctors, only to be left disappointed.

Psoriasis treatment options (you may need to try several of these to figure out what work for you):

Coal tar shampoo - When I used tar shampoo my hair smelled like Raid bug killing spray. It was unpleasant and more embarrassing than the psoriasis itself. Not to mention it is actually tar that you are putting on your body.

UV light - My grandfather went to the tanning salon for his psoriasis. When I was in middle school I thought this was cool; now I understand the numerous health warnings against tanning beds and UV light. Caution is advised.

Steroid creams - Although I did experience some relief with these, they were expensive, sometimes gave me a headache, and the psoriasis plaques would come back with a vengeance once I stopped use. These creams are not intended for long-term use, so this always happened. I've recently learned that a withdrawal from the corticosteroids may cause a rebound affect, which aggravates psoriasis.

Immune system suppressing medications - Drugs that suppress your immune system make it easier to get infections and sickness. This option should only be considered for severe cases. Even then, some of these drugs come with very strong warnings and thoughtful consideration should be taken before starting an immunosuppressive drug.

Vitamin D - This vitamin helps repair skin cells and aids the immune system in destroying free radicals. Dr. Richard Gallo, professor of medicine and pediatrics and chief of the dermatology division at the University of California- San Diego, states that vitamin D may cause the plaques to become thinner and less scaly, as well as shift the function back in the immune system that is often abnormal in a psoriasis patients.

My doctor recently tested my vitamin D to find that it was too low. I live in sunny Florida and spend plenty of time in the sun, the most common source of vitamin D, and I was still low. It’s a good idea to have your levels of vitamin D tested before adding it to your daily regimen so that you know the proper dose to consume.

Diet - Inflammation is one of the major causes of psoriasis and can worsen due to obesity. For this reason, following a whole foods diet that helps to maintain a healthy weight is ideal.

I have tried a pumpkin and frozen cranberry-based smoothie that is filled with anti-inflammatory grated turmeric and ginger as recommended by Dr. Joel Fuhrman. It seemed to provide some relief. Using real food as a remedy to our ailments has many benefits (and much fewer side effects). It does, however, take time and consistency. The key is to stay with it. I made this a part of my daily routine until frozen cranberries were no longer available at my local grocery store. This smoothie satisfied that fall pumpkin craving while doing my body some good. This year I will stock up on frozen cranberries while they are available.

Omega-3 fatty acids also have an anti-inflammatory effect. Consuming foods such as flaxseeds, walnuts, and pumpkin seeds regularly may improve symptoms. I have experienced a direct correlation between sugar consumption and psoriasis flare-ups. Processed foods, including sugar, are inflammatory and may trigger symptoms. When trying to control my psoriasis, the first thing I cut is my sugar intake. If you think certain foods may be triggering your symptoms, start keeping a food log to identify possible culprits.

Finding the right treatment for psoriasis can be frustrating at times. Use caution with unnatural products that may have greater side effects than relief. In healing your body, focus on foods and ingredients that are overall healthy for you.

Do you suffer from psoriasis and found something that works well for you? We'd love for you to share it in our comments below! 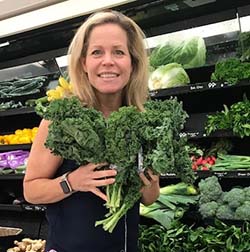 Debbie Ryan is a Public Relations Specialist with Medi-Share. In addition to being a wife and mom, Debbie is passionate about health and wellness and encourages others in healthy living every chance she gets.