Reflections of a First-time Mother

Cards and flowers and breakfast in bed. Homemade gifts with little handprints. Notes of appreciation and extra hugs. A day of pampering. Can we ever actually thank our mothers enough?

This year I’m experiencing Mother’s Day with new eyes since I became a first-time mom in December 2020. Welcoming our son to our family was a sweet way to end an otherwise sour year.

My days are now filled with the ooo-ing and ahh-ing of first-time parenthood. I never knew how much I would jump at every little milestone! Everything about having a child is a miracle beautifully designed by God.

When you have an infant, you are forced to slow down. My days are broken up into relatively predictable, 3-hour increments in which I have to sit down and tend to my baby’s needs. Maybe it is the lack of sleep or maybe it is just woven into the mystery of parenthood, but I have been reevaluating who I have become, and who I want to be for my child.

Then there are the deeper questions.

With all of these questions swirling in my head, I recently began thinking about different stories in the Bible from the perspectives of the mothers. 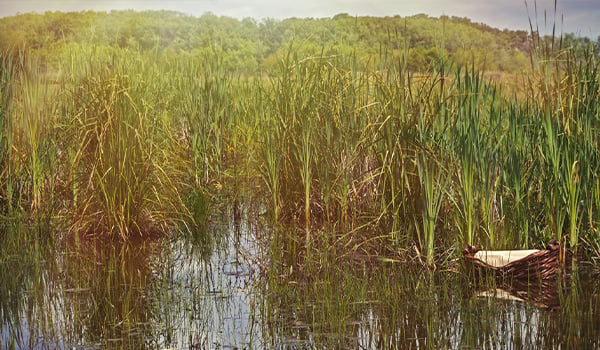 A mother who trusts

Can you imagine living in a time and place where the government has said they are going to come and murder all the baby boys in your community? Furthermore, can you imagine being the mother of a baby boy? This is exactly the situation in which Jochebed, the mother of Moses, found herself (Exodus 1).

Jochebed decided to hide Moses for three months. When she could no longer hide him she entrusted her son to God, made a tiny, 3-month-old-sized basket boat and sent him floating down the Nile near the place Pharoah’s daughter came to bathe in the river. As written in Exodus 2, the baby came floating by and Pharoah’s daughter had pity on him and decided to adopt him.

This is crazy! Absolutely bonkers. I can’t imagine sending my infant son down a river and trusting that God will provide.

Although Jochebed ended up getting to care for Moses as a baby, she did not name him nor did she get to care for and teach him after he was weaned.

I’m sure it was bittersweet.

He was alive, but he was not hers.

And for me, I think that’s the point. Are our children really our own? God has entrusted them to us but for a little while. He has all of their days numbered. Soon they are grown and gone. As hard as it may seem, I pray that I can be a mother who trusts God with her children.

A mother who prays

Hannah struggled with infertility. To make matters worse, she was a second wife and her husband’s other wife was extremely mean and vindictive. The other wife would “provoke [Hannah] grievously to irritate her because the Lord had closed her womb” (1 Samuel 1:6).

What a seriously rotten set of circumstances. Infertility is hard enough without someone making fun of you for it.

She prayed so hard and with such sorrow that Eli the priest thought she was drunk.

God heard, and God remembered her.

Hannah ended up giving birth to Samuel who she promised to dedicate to God. Once Samuel was weaned, Hannah brought him to the temple to “appear in the presence of the Lord and dwell there forever” (1 Samuel 1:22).

How is your prayer life? Do you regularly petition God on behalf of your children? Do you believe He hears you and will answer? It can be so difficult to believe God is working for your good when you are in the midst of a trial. God wants to hear even those doubts and thoughts. He is big enough to handle them.

C.S. Lewis once said, “God whispers to us in our pleasures, speaks in our consciences, but shouts in our pains. It is His megaphone to rouse a deaf world."

I want to be a mother who prays relentlessly for my children and dedicates them to however God might use them.

Hannah and her family were faithful to worship God before and after she gave birth to Samuel. Because of her faithfulness, Eli blessed her and asked God to give her more children… which He did. 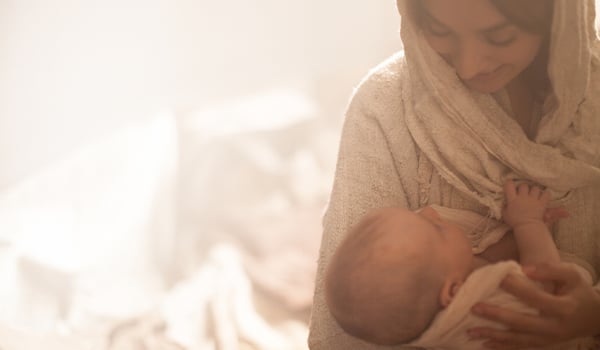 A mother who believes and obeys

Mary had her whole life ahead of her. Things were following a predictable course. She was already betrothed to a man named Joseph when something remarkable happened.

She was visited by an angel.

The angel said she would become pregnant with the Son of God.

This had never happened before (or again!). After asking about the particulars (since she was a virgin), Mary submits herself in obedience. She says in Luke 1:38, “Behold, I am the servant of the Lord; let it be to me according to your word.”

Considering all the social ramifications this would mean, Mary’s response is shockingly simple. She acknowledges her role (a servant of the Lord), submits, and obeys.

Becoming a normal mother entails a lot of personal sacrifice, but imagine becoming the mother of the Son of God.

How are you doing with believing and obeying God’s Word? Are you taking time to feast at the table of Scripture? The Bible says food is not our only source of nourishment, the Word of God is (Matthew 4:4).

I want to be a mother who believes and obeys the word of God no matter the personal cost. I want my children to be able to look to me as an example of someone who knows and loves the Lord. I want to be able to tell them like Paul, “Follow me as I follow Christ” (1 Corinthians 11:1). 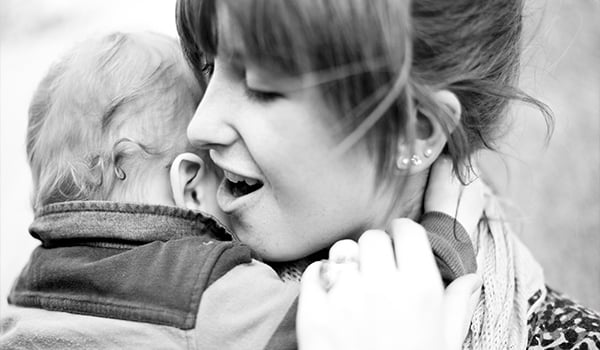 I simultaneously want time to speed up and slow down. These late-night nursing sessions won’t last forever. Soon he’ll be driving himself places and making his own choices.

Thankfully, I know I am not solely in charge of my own spiritual growth. God is the one who is at work changing my heart.

As He works, I pray God helps me grow into the mother my son needs me to be: a mother who trusts, prays, believes, and obeys God. Beyond that, all the other details of parenting will fall into place. 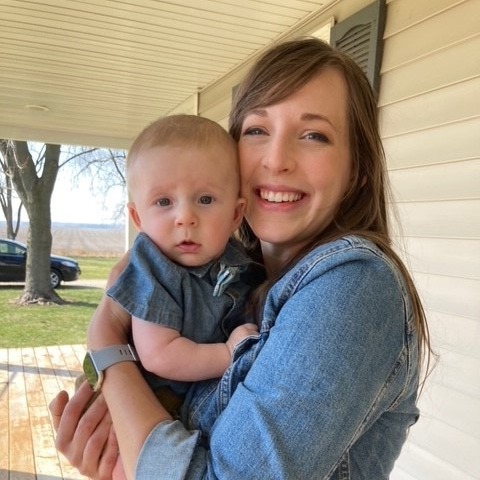 Erin is a Communications Specialist at Christian Care Ministry. She loves being a wife and first-time mama. She's spent time working in Education, Youth Ministry, Administration, and now Communications. Through her previous work experiences, Erin developed into the passionate, creative communicator that she is today. Erin works out of Christian Care Ministry's Colorado office and loves to hike, mountain bike, rock climb, backpack, and hunt in her free time.