Faith, Family, Foundation: Proud to be an American this Fourth of July

What does the Fourth of July mean to you? How does it make you feel when you see those familiar roadside tents filled with all types of fireworks and other flammable celebratory items? As you move about town you will see retail stores, community light poles or your neighbor’s front porch filled with color bursts of red, white and blue décor. For this government gal, it fills my heart with nostalgia of community gatherings filled with various patriotic foods, fellowship and liberty.

When I was a child and still to this day, I loved the song, “I’m Proud to Be An American” by Lee Greenwood. If I was falling asleep during the televised Fourth of July Celebration, I would remind my mom to wake me up as soon as he came on screen. Now as a kid who grew up in church, I thought the lyrics were, “I won’t forget the man who died who gave that right to me”, which I thought was about Jesus. Here are the correct lyrics in case you need a refresher,

“And I'm proud to be an American

Where at least I know I'm free

And I won't forget the men who died

Who gave that right to me”

Thank you Mr. Greenwood for paying tribute to our courageous women and men of the armed forces.

Before the start of the Revolutionary years, celebrations were held annually throughout the colonies for the King’s birthday. Bonfires, parades, speeches and the ringing of bells were some of the traditions observed.  When we officially declared our independence word traveled fast, well as fast as your horse could travel from town to town. Public readings were held so all people would hear the words of liberty and freedom. Colonies would express their excitement by firing cannons, concerts, and parades celebrating an uncertain but a hopeful new way of life.

It fostered feelings of unity and new traditions. In 1870, almost a 100 years later, Congress officially created July 4th as a federal holiday.

“I will walk in freedom, for I have devoted myself to your commandments” Psalm 119:45

When there is a recurring celebration, at times we can allow ourselves to go on autopilot and focus on the planning more than the remembering why for a celebration. To get to that celebration there was hard work, perseverance, trials and triumph. In 1776, declaring Independence was more than a brief discussion then all was settled. There were many events that pushed people to talk through discouragement with their neighbors, choosing to stay or walk through hopelessness and then actual military battles before the main war broke o

As a child I would look through old family photos and come across images from the early 1960s of my great-grandparents with my mom as a child dressed in clothes worn during the revolutionary period. They would walk down Main Street waving little American Flags in a local parade held in a small town in Illinois. Through the years, the Fourth of July is now known for opportunities for enjoying outdoor activities and family get-togethers.

“…They broke bread in their homes and ate together with glad and sincere hearts, praising God and enjoying the favor of all the people. And the Lord added to their number daily those who were being saved.” Acts 2:44-47

What a beautiful reminder and opportunity for this Fourth of July, that when we come together with sincere hearts to break bread, or a red, white and blue cake with blueberries for the stars and strawberries for the stripes and white frosting, that God is in our midst. These past two years and even now are difficult for many people. What if this year we look at the Fourth as an opportunity to enjoy our family time but also welcome others into our plans and be an encouragement?

“Let us think of ways to motivate one another to acts of love and good works. And let us not neglect our meeting together, as some people do, but encourage one another, especially now that the day of his return is drawing near.” Hebrews 10:24-25

We have this wonderful opportunity to make a difference in someone’s life. Whoever you invite into your home or to the block party, ask God to open your ears and eyes to be sensitive to those around you. When someone share’s a struggle or a doubt, let us not just say I’m praying for you, but boldly ask if we can pray for them in that moment. (If they decline in that moment, write it down and pray for them during your personal prayer time) If someone around you has a need that you can meet, then let your faith move into action on their behalf. Five people drafted the declaration of independence and that small group of people brought hope to a new nation. We carry the message of hope and freedom with us and it shines brightest when we are in unity and service to others.

I wish you all a wonderful Fourth of July and pray as you gather together that joy will fill your homes and that new and old friends will bring encouragement to each other’s lives to keep running the race! Have a safe and fun filled celebration.

Does your family do anything unique to celebrate Independence Day? Share in the comments! 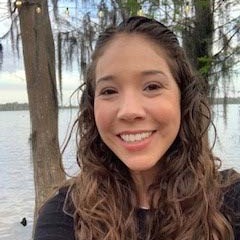 Lindsey Swindle is the Director of Government & Policy Affairs at Christian Care Ministry. She’s a two-time graduate of the University of Central Florida. Lindsey has a passion for community service, mission trips to Peru, and working with children and teens. In her spare time she enjoys reading her bible as well as classic books and exploring small town festivals.