“Carry each other's burdens, and in this way you will fulfill the law of Christ.” Galatians 6:2 NIV

There wouldn’t be a Troy Aikman without Michael Irvin...

There wouldn’t be a Frodo without Sam...

And there wouldn’t be King David without Jonathan.

As men, it can be tough to ask for help from our brothers. But there’s no shame in it. Everyone needs a hand, especially in the hard times, and we’re called as Christians to carry one another through.

That’s what Promise Keepers’ new online mental health summit – “Carried” – is all about. They’re coming together as brothers in Christ to carry one another’s burdens and provide real, no-nonsense support for mental health issues.

This one-hour virtual summit, launching October 25, is just the beginning. After watching the presentation alongside thousands of brothers from around the world, you’ll have the opportunity to join with those brothers on the Promise Keepers’ app for a 3-week challenge. You'll also receive a FREE devotional to use throughout the challenge—delivered to your inbox as soon as you sign up.

More about Promise Keepers: Building on the Past to Redefine the Future

Founded in 1990 by Coach Bill McCartney, Promise Keepers is one of the biggest movements of God in the history of the Church.

Focused on helping men live with integrity, Promise Keepers touched the lives of seven million men through its national conferences. On October 4, 1997, over a million of these men gathered in the National Mall of Washington, D.C. to take a stand for Christ.

More than ever, America needs a revival of godly men. Our nation faces problems that can only be overcome when men of integrity — promise-keeping men — fulfill their destinies as godly husbands, fathers, and leaders.

Promise Keepers is here today to reunite, rebuild, re-imagine, and inspire the hearts of men. 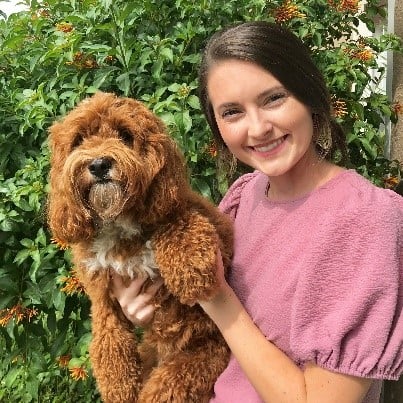 Bri Jacob is the Brand Ambassador at CCM. She’s a graduate from Lee University who loves music, used bookstores, being a dog mom, and spending time with her husband.