What We Don’t Talk About

My job is to, amongst other things, train future and current leaders.

I talk, write, or read about leadership nearly every day. My LinkedIn feed is awash with quotes and excerpts from leadership gurus, my bookshelves filled with the big names in the leadership field and… well you get the point.

Leadership is a big part of my life.

The thing is, there are days in which I feel like a huge hypocrite and I wonder if I’ve gotten my priorities wrong. In fact, I wonder if perhaps many of us have gotten off track, hyper-focusing on something minor while ignoring what is major.

In and out of the church, leadership is the thing to talk about, the thing to aspire to. Teachings, books, videos, university and seminary courses, and church groups are all drenched in teaching, encouraging, and equipping leaders. You have probably even heard some variation of “we’re all leaders” taught in a class or sermon.

You’ve also probably heard that a lack of leaders is the problem with society, or the Church, or your place of work, and that raising up leaders is the answer. In fact, this is likely the very logic that provides me with some level of job security.

And yet, when I read through the Gospels, focusing on the life and teaching of Jesus, I just don’t see him talking about leadership all that much. In fact, I’d argue that Jesus only directly discussed leadership once. And that has me thinking that maybe, just maybe, we are a bit out of alignment with the Lord. 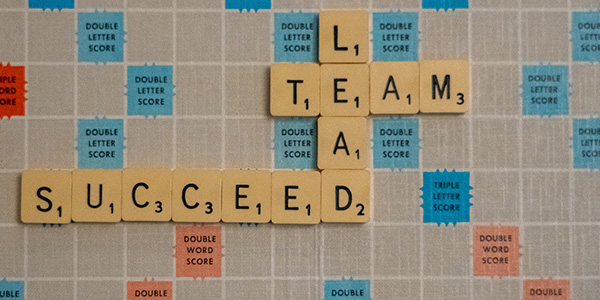 The one time Jesus spoke directly about leadership appears in the gospels of Matthew, Mark, and Luke, but we’ll look at the event as recorded in the Gospel According to Matthew for our purposes here.

Matthew writes, “But Jesus called them to him and said, ‘You know that the rulers of the Gentiles lord it over them, and their great ones exercise authority over them. It shall not be so among you. But whoever would be great among you must be your servant, and whoever would be first among you must be your slave, even as the Son of Man came not to be served but to serve, and to give his life as a ransom for many,’” (Matthew 20: 25-28, ESV).

Even here Jesus never uses the word “leadership,” though when he discusses how the Gentiles rule over their people we get closest to Jesus talking on the subject. And what does Jesus tell his disciples?

In fact, the language is so strong that some translations, like the one I’ve cited here, use the word “slave” to discuss how the disciples should position themselves in the world.

It’s worth noting here that Jesus does not go on to lecture on Servant Leadership. He never teaches his disciples to cast vision, help people navigate change, or how to delegate tasks. Certainly, Jesus did do these things, and surely he modeled leadership like no one else in all of history.

But (and I think this is an important “but”), Jesus doesn’t teach leadership.

During his ministry, the Gospels record Jesus doing and teaching so much. He would heal people from lameness, blindness, and many other things. He would work miracles to feed thousands, calm storms, walk on water, and so much more. He would teach, redefining our understanding of sin, of Sabbath, of service, and so much more.

And yet, Jesus didn’t seem to share the same obsession that we do with creating and developing leaders.

In fact, I think Jesus is not only the supreme leader, but also the supreme follower. Does he not say, “’Very truly I tell you, the Son can do nothing by himself; he can do only what he sees his Father doing, because whatever the Father does the Son also does,’” (John 5:19)? Jesus even submits his will to the Father’s, not doing what he wants but instead following the Father (Luke 22:42).

I was met with a leader who indicated that the organization he worked at was full of followers, and he said it as if it were a bad thing. What, I wonder, would he have to say about Jesus who submitted his whole life to the will of the Father?

What would you say about someone who spent their whole life in submission, even unto death?

A Focus on Following

You can’t truly lead unless you can first follow.

Jesus had many followers while he walked the earth, but the twelve Disciples clearly had relationship with Jesus that the others did not. Mark 1 records Jesus calling those first disciples, Simon and Andrew, while they were casting fishing nets from their boat into the water. “Come, follow me,” Jesus called out, “and I will send you out to fish for people,” (16-18 NIV).

This is just the beginning, of course, and for the next three years Jesus did ministry on the earth, teaching Simon, Andrew, and the ten other disciples (as well as countless others) how to fish for people. He would exhort them to have faith, to serve and love God and others, to forgive, to be pure of heart, and to repent.

I’m oversimplifying here, but I think Jesus was far more interested in raising up followers than leaders.

I wouldn’t dare say the Bible has nothing to say about leadership; that would be foolish. Romans 12:8 calls out leadership as a gifting, and the Bible is chock-full of amazing leadership principles and examples (both good and bad). The Bible has more than enough content on leadership to justify the hundreds of podcasts, thousands of sermons, and likely millions of books on the subject.

So please don’t misunderstand me, leadership is important.

But, I want to challenge you with a thought: do you emphasize leadership more than Jesus did?

Do you see leadership as the cure to the problems of the Church? If you are a church leader, are you hoping and praying the Lord will bring you other leaders? Do you find your primary reading diet to be books on vision casting and team building?

I am in no way saying those are wrong. However, I will say they don’t seem to be the focus of Jesus’ teachings when he was training the 11 men who would start his Church.

What would it look like if our primary diet of literature was how to serve people better? What if we prayed for people who were really gifted at service, faith, and submission (something else the Bible has a lot to say about)? What would happen in our churches if we moved the opposite way from culture, and taught whole courses and sermon series on how to be a good follower of both God and earthly authorities? What if we thought of other spiritual gifts (such as giving, kindness, etc.) as equal to gifts of leading and teaching?

I don’t think we should forsake learning about and studying leadership - not at all!

I only mean that in a world that espouses Servant Leadership as the current business fad to take companies to the next level, perhaps we should be the voice in the wilderness that ministers to the multitudes and says, “let me help you learn how to follow, and let me also show you the One who is most worth following.”

Phillip is a Learning & Leadership Development Consultant at Christian Care Ministry. He acquired his Masters in Educational Leadership while serving as an English Teacher in public education, prior to moving into his current role at the ministry. He loves spending time with his wife and three boys, building furniture, and drinking good coffee.