How This is Revolutionizing Our Economy, and Why You Should Be On Board

For anyone who grew up with siblings, the concept of sharing was ingrained in you early on in life. You shared toys, shared rooms, shared the attention of your parents, possibly even shared friends. Chances are you also grew up being told not to waste anything. Can’t finish your dinner? Your brother will eat it. Outgrown your shoes? The neighbor kid across the street needs some. 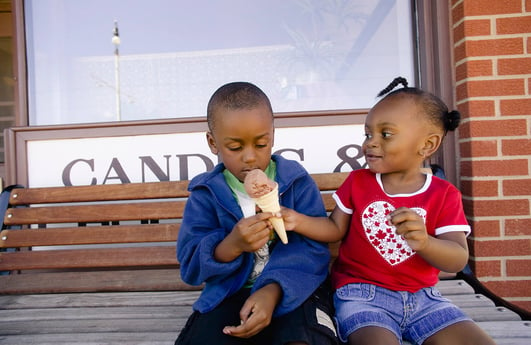 Somewhere along the road, however, many of us seem to have forgotten the concept of sharing.

Attempting to reverse the pattern, the age of The Sharing Economy was born.

A sharing economy is a system in which people rent, borrow, or share commodities, services, and resources owned by individuals, usually with the aid of online technology, in an effort to save money, cut costs, and reduce waste.

Central to this concept is the idea that participants would rather rent, share, or swap over owning. Access is more important than ownership. The term “Generation Share” is used to describe this growing population who know that “life is about meaning, about being connected, about belonging… above all, it’s about sharing.”

The idea of a sharing economy, in modern terms, began exploding in 2008; however, in reality, this is not a new concept. Workers in metropolitan areas have been carpooling for decades. Spending your weekend searching garage sales and local markets has been the norm for many Americans for quite some time.

The one thing that has changed over the years that has propelled the sharing economy to what it is today is technology and, therefore, access. While brands like Uber™, Lyft™, and Airbnb™ are now recognizable names in this growing market, you might be surprised what else people are sharing.

You might visit Vinted or Poshmark™ to buy, sell, or trade clothing. LeftoverSwap is for parties that overestimated their catering. Heading into the city and don’t want to leave your car in a parking garage? No problem! JustPark facilitates parking for those looking to avoid expensive parking fees and connects them with people who have a parking space at their house.

Things like Kickstarter and GoFundMe™ are leading the charge in crowd-sourcing and grassroots collaboration. Facebook® even offers its own marketplace as well as facilitating endless local groups in which you can buy, sell, swap, and share to your heart’s content. These and countless other companies like them are disrupting industries and changing how we do business and life in general.

It’s becoming apparent that there might be no limit to what people are willing to share. In short, the free-market is evolving, and communities are being brought closer by collective exchanges of goods, services, experiences, and more.

Which then begs the question: Can this concept be applied to healthcare?

The answer is a resounding yes! 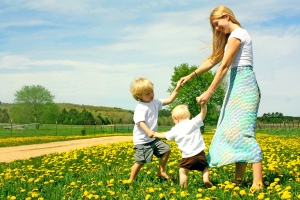 Health care sharing ministries are catching on all across the country and have seen an explosion of growth, specifically since 2014 and the assurance that they are exempt from the tax penalty.

These ministries believe that the body of Christ should help bear the weight of medical expenses through the combined effort of believers from all walks of life. It’s an organized way in which Christians share their money to pay for each other’s eligible medical bills.

Medi-Share, one such HCSM, is facilitated by Christian Care Ministry, whose mission is to connect and equip Christians to share their lives, faith, talents, and resources with others. Sound familiar?

The ministry has grown exponentially since it was founded in 1993, going from nearly 2,500 members in its first year to more than 300,000 members as of June 2017. It’s becoming the Uber and Airbnb of health care sharing, disrupting the industry and changing the way people think about healthcare.

So how does it work?

Each month, your monthly share is matched with another’s eligible medical bills. Through a secure online system, Medi-Share publishes the bills eligible for sharing and coordinates the direct sharing of medical costs between members. You will know each month whose bills your money goes to and when you have eligible bills, your fellow members will be sharing those as well. More importantly, you are connected to others in the community through prayer.

A study of the Early Church in Acts shows us Christ’s model for the church  ̶  Christians shared their resources so that “…there were no needy persons among them.” This is the model for Medi-Share, which reflects the concept behind the current sharing economy.

Benita Matofska, founder of The People Who Share, explained in her speech at TEDxBrighton that this sharing economy has the power to change the world. Healthcare sharing is just one way this is already happening as members are able to use their savings to further Kingdom work locally and abroad.

What are your thoughts on the sharing economy? Share in the comments below.