The following is an excerpt from Brant Hansen's book, Blessed are the Misfits: Great News for Believers Who Are Introverts, Spiritual Strugglers, or Just Feel Like They're Just Missing Something.

When my wife, Carolyn, first started telling me she was convinced I (and my son) had Asperger’s syndrome (now officially called “high-functioning autism”) I was—as always—skeptical.

I don’t like personality tests, or any oversimplified (and hey, they’re all oversimplified) attempts to cover individuals with categorical blanket statements. (Carolyn tells me I’m squarely an INTP on the Myers-Briggs index. When I deny that I can be reduced to this, she tells me that’s exactly what an INTP would say.)

It took a lot of convincing. But after reading and consulting and long discussions with a psychologist I respected, I accepted his Asperger’s diagnosis. Now I’m even thankful for it. It explains so much.

Like most Aspies, I don’t comprehend “normal” human interactions, like the unwritten “rules” for social cues. I’ll also occasionally lapse into overusing “quotes” to illustrate the degree to which all of this is “foreign” to me, like “this.”

Also, people with Asperger’s tend to be very blunt. I’m constantly offending people on my radio show, and genuinely don’t know why.

This brings to mind a recurring conversation I had growing up.

Mom: You shouldn’t have said that.

Me: But you told me to be honest.

Mom: Not that honest.

The discussions now are roughly similar.

Boss: You shouldn’t have said that.

Me: But you told me to be honest.

Boss: Not that honest.

Apparently, we radio people are supposed to say honest things, but not . . . that . . . thing I just said, whatever it was.

I tend to assume other people are honest too, so I get taken advantage of a lot. I can’t tell when someone else is lying or holding back. Why would they do that? That used car salesman tells me this car is worth $12,000. Well okay, then. That’s what it must be worth. Here’s $12,000.

Another Aspie quality: I don’t know how to flirt. I never have known how. It’s an utter mystery.

I’d watch people do it and had no idea why they would want to do that or what the rules were for it. So I had no one romantically interested in me, as far as I could tell. Once, in college, I had a friend who was a female. She was smart and I really liked her. So one day I just flatly blurted out—because it was true—“I love you.”

Silence. Then she said to me—and I’ll never forget these golden words:

We eventually got married. (Suave, no?)

To this day, she’d love more eye contact, I know. I try really hard. I don’t know why it’s such a struggle. I wish it weren’t. But she loves me, and what a relief that is.

She thinks I’m handsome too, even if my default look is inappropriately intense.

And here’s another complication, just to make things fun: I was also born with a neurological condition called nystagmus, which causes my eyes to move rapidly back and forth. In order for me to see straight, I have to move my head to compensate for the eye movement.

So I’m constantly—even as I type this—shaking my head “No.” The combination of an intense brooding look, lack of eye contact, and headshaking is not a prescription for easy friend-making.

While I’m minding my own business, people around me think I’m disapproving of them. Even when I’m perfectly happy, thinking about outer space or baby robots or something awesome, people think I’m up to no good, angry, or judging them. Regularly, I have strangers suddenly snap me out of a daydream with, “Well, what’s the matter with you?”

And this is why I work in radio. I can’t be seen. I get to talk, I get to express ideas, but without the concern of the stressful rules and cadence of small talk or offending people with my very countenance. I don’t have to worry about misreading the body language of the people around me. 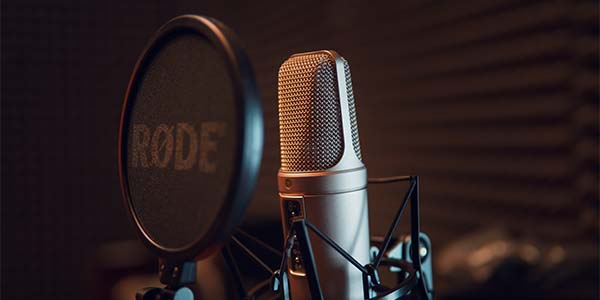 Listeners keep asking, “When are you guys getting a webcam for your studio?” The answer to that is never. Radio is sweet solace.

So it’s much cleaner this way.

Now, many people think that those with Asperger’s, which is also often associated with high intelligence, will be less likely to be inclined toward faith. That may be largely true; I don’t know. But for me, I believe we have distinct advantages when it comes to seeing how refreshing Jesus is.

Later, I’m going to unpack my reasoning why, despite my intense skepticism, I’m still a believer in Jesus. But here are just a few of the wonderful things someone like me finds in being a Jesus-follower:

1. In the Bible, Christians are described as “aliens and strangers.”

We have zero problem relating to that. Aspies feel like we’re on the wrong planet to start with. We study neurotypicals, but we do not understand them. There’s less temptation to mindlessly assimilate to the larger culture when you realize it makes no sense.

I’ve noticed many on the autism spectrum don’t understand why some people are considered more important than others or, for example, why we should “kiss up” to “superiors” in the workplace.

This can make things difficult in job situations, but I positively love what Jesus said in Matthew 23, right in front of everybody:

Those Pharisees and teachers of the law love to have the most important seats at feasts and in the synagogues. They love people to greet them with respect in the marketplaces, and they love to have people call them “Teacher.”

And He’s so clear about this: there are no big shots. Anyone who thinks he’s a big shot is about to be humbled.

You may have noticed that humans love to celebrate the same people, over and over. But Jesus flips our culture upside down.

Oh, you’re a religious talent who used God to guilt people out of their last dollar so you could buy a Lexus . . . ? Brace yourself.

The upside-down nature of the kingdom is not a one-off thing for Him. He keeps talking about it. The humble are going to be lifted up. The people who are beaten down are going to be shown sweet mercy.

He was drawn to the broken and marginalized. About three-quarters of His miracles recorded in the Bible? Healings.

At the end of His life, He turned to a good-for-nothing guy, a man being executed next to him; a serious criminal who had accomplished nothing.

Oh yes. In a world of preening religious hypocrisy, I am drawn to this.

4. Jesus is blunt and gets to the point

I just like His style. He was stunningly honest, said what He meant, kept it short, and left the learned sputtering.

To read these accounts is to encounter one drop-the-mic moment after another.

He didn’t talk much about feelings either. If He ever equated religious emotion with doing God’s will, I can’t find it.

Again, since people with Asperger’s are prone to skepticism and brutal honesty, this certainly resonates with me. I’ve seen enough to doubt any claims of own self-righteous “goodness,” and here’s Jesus again, blowing apart the idea that anyone can ever be “good enough” for God.

From what I’ve seen, the world is deeply, profoundly broken (even my atheist friends allow this), and every human I’ve ever gotten to know turns out to have issues. We’re inconsistent, in certain circumstances untrustworthy, and we don’t even live up to our own standards, let alone God’s.

So He gives us Himself.

6. He doesn’t coerce anyone. Ever.

As someone who, like a lot of Aspies, has been bullied in some religious settings, this is wonderful. I’ve noticed that even as we can be justifiably suspicious of human nature in general, we are often naïve about individuals. Since Aspies have trouble “reading” people, we can find out too late that we were taken advantage of by someone who operates through control.

But Jesus? He lets people walk away. He’s sad about it, but He lets them walk. He manipulates no one.

This sort of claim, out of any human’s mouth, is obviously immediately suspect. But Jesus said this in the Gospels many times and in many ways. If I’m to respect His teaching, if I’m to deal honestly with Him, I can’t ignore this.

And if there’s a God, and this is what God is like . . . this is incredibly good news

Brant Hansen is an author and nationally syndicated radio host. His latest book, The Truth About Us, was released in April 2020. He's also written Blessed are the Misfits and Unoffendable, which has sold more than 100,000 copies. Brant has been featured multiple time on Focus on the Family, and his writing has appeared on CNN.com, washingtonpost.com, and Relevant, among many other venues. He also hosts a popular podcast, The Brant and Sherri Oddcast. Brant is married and lives in South Florida. To find out more about his latest book, check out truthaboutusbook.com.