5 Ways to Stop Living Beyond Your Means

One of the reasons for this discrepancy is likely our tendency to overspend. Americans spend an average of about $165 per day, according to an analysis by GOBankingRates. When you remove basic necessities — such as food, clothing, and housing — Americans spend about $27 per day on discretionary items.

But here are the scariest numbers: According to Charles Schwab, those who say they’re living paycheck to paycheck still spend an average of $483 per month on non-essential items.

It’s no wonder Americans aren’t all that confident in their financial health. Less than 3 in 10 Americans say they’re financially healthy. That means the majority are not prepared for a financial emergency or for long-term goals like saving for retirement.

The good news: If you’re one of the many people living beyond your means, there are ways to put a stop to it and get your finances back on track. Here are five of the big ones.

5 Ways to Stop Living Beyond Your Means

It’s staggering how many Americans don’t know how much money they make or how much they spend. About 34% of Americans don’t have a budget, even though the vast majority know they need one to monitor their spending.

An effective budget takes into account all income (paychecks, interest payments, tax refunds, etc.) and all outgoing expenses (household costs, utilities, clothing, entertainment, etc.). Keeping track of your spending helps you spot areas where you’re overspending and identify places to cut back. Without a budget, it’s nearly impossible to get a handle on your spending.

Americans own an average of four credit cards and carry an average of just under $6,200 in total credit card debt, according to Experian. Those with the lowest FICO scores (under 579) have seen the largest increase in credit card use over the last five years.

Credit card debt can have long-term consequences. Depending on the state you live in, it can take up to 17 months to pay off an average credit card balance. That’s nearly a year and a half of paying down credit card debt with money you could be putting toward goals like building up an emergency fund or saving for your retirement. And if you miss a credit card payment — as more than 1 in 4 Americans do — it will cost you. Late fees alone cost consumers over $3 billion annually. And delinquent payments can hurt your credit score.

You don’t have to get rid of all of your credit cards. In fact, you shouldn’t. Keep one or two cards for emergencies, but don’t allow yourself to use them unless it truly is an emergency. If you have an unexpected visit to urgent care, one of your car tires blows, or your water heater goes out, your credits card can be a last-resort safety net.

For the cards you do keep, pay them off in full each month. Don’t carry a balance. Only charge as much as you know you’ll be able to pay off by the end of the month. If you have credit cards with a balance, budget money each month to pay them off. The faster you zero out the balances on those excess cards, the more money you’ll have in your pocket.

3. Pay With Cash or a Debit Card

It’s easy to mindlessly swipe a credit card. But cash is a finite resource. When your wallet is empty, it’s clear you have nothing left to spend.

Similarly, a debit card is tied to your checking account, so you can watch your account balance decrease with each purchase you make. No one wants to overdraw their checking account, making this a great way to ensure you stay disciplined about your purchases.

So, use cash or your debit card to cover your household expenses, from your rent or mortgage to groceries. It will be easier to track how much you’ve spent and keep you from spending money you don’t have.

Americans spend, on average, $5,400 a year on impulse purchases, mostly on eating out. That’s a lot of money.

E-commerce is especially dangerous, as convenient online ordering and next-day delivery make it all too easy to give in to temptation. Almost 40% of all e-commerce purchases are impulse purchases.

Avoid temptation by planning your trips to brick-and-mortar stores. Make a list of what you need to buy and stick to it. Don’t give in to sales or deals that seem so good you just “have to have them.” Purchase only what you need, not what you want. 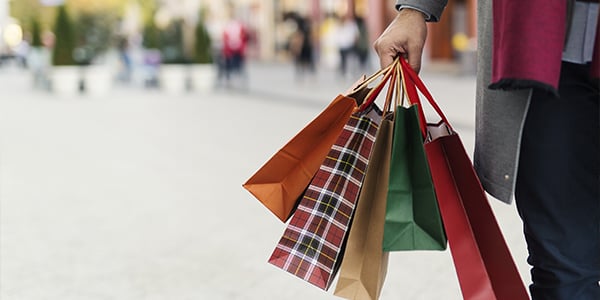 5. Cut Back on a Few Splurges

You don’t have to sacrifice too much to cut your spending by 5% or even 10% a week.

Eat one less meal at a fast-casual restaurant each week, and you can slash 10% off your spending. As an added bonus, you’ll likely eat healthier when you cook a meal at home.

Too many Americans live above their means, and it’s a real problem. When you spend on what you don’t need, you’re not putting money away for essentials, like an emergency fund or retirement. You’re also likely stressing about money, and stress isn’t good for your health.

Instead, start with a realistic budget and follow it to the letter. Don’t deviate. It may hurt a little at first, but it’s an essential first step to living within your means. By implementing each of the above tips, you’ll find yourself with more money in your pocket at the end of each month, setting you up for a better financial future.