When the Enemy Attacks

Last week in the dry, windy, grassy plains of the West Texas, my father’s neighbor was welding to mend a broken joint and carelessly allowed a burning hot ember to escape. Within minutes, the small spark turned into a five-acre blaze.

My father, a retired firefighter, had the knowledge of what started the fire along with the experience of containing and fighting dozens of fires like it, but lacked the proper equipment to handle the fire himself.

By the end of the day, it took three separate fire crews to contain and extinguish the fire. The only damage to my father’s property were the giant ruts from two immobilized firetrucks that had become stuck in his yard. Those ruts are a good reminder that poor responses can lead to unforeseen consequences. 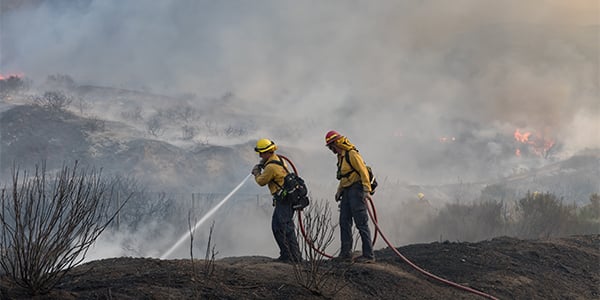 It is natural for us to view a situation in our immediate context with concern about the potential fallout that surrounds us, and simultaneously remain unaware of the potential growth and restoration for the future. Grassfires are common in West Texas where they carry great potential to destroy, but also allow for regenerative growth in their aftermath.

Sometimes the fires we face are intended to destroy, but bring new life in their place.

As Christians in an age of outrage, we constantly face small sparks that could potentially start great fires. If we are not careful with how we respond, we might just add fuel to the fires.

So how should Christians respond when we come under fire?

The book of James, chapter 3 warns us to be careful with what we say, as we will be accountable for the consequences of our words. This applies to initiating a conversation as well as responding to someone else. Not just what we say, but also how we say it, matters.

How, then, are we to respond when people speak evil things about us and against us, or when untrue allegations are made about us in order to defame us and undermine our witness in the world?

First, know whom you are talking to and answer them accordingly. Proverbs 26:4 says, “Do not answer a fool according to his folly, or you yourself will be like him.”

Often our desire to stand up for what is true and right is wasted on people who were never concerned with truth. Sometimes, it is just better to not respond at all.

Second, remember that you were once in darkness also. Titus 3:2-5 tells us, “…speak evil of no one to avoid quarreling, to be gentle, and to show perfect courtesy toward all people. For we ourselves were once foolish, disobedient, led astray, slaves to various passions and pleasures, passing our days in malice and envy, hated by others and hating one another. But when the goodness and loving kindness of God our savior appeared, he saved us, not because of works done by us in righteousness, but according to his own mercy…”

Third, remember that in Christ we are a new creation, and as new creations we are to bless, not curse. In Romans 12:14-21, Paul tells us how we are to conduct ourselves in all situations, and sums it up with this statement: “Do not be overcome by evil, but overcome evil with good.” 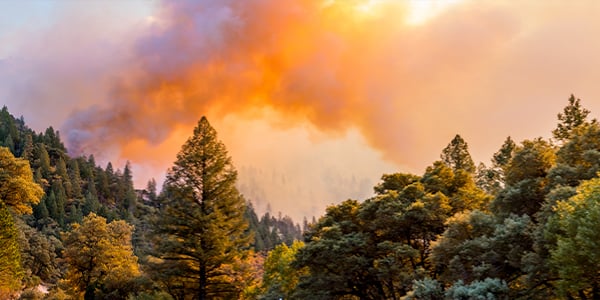 It is always a better option to treat our adversaries in a way that even unbelievers think is honorable. Feed them, give them something to drink, care for them, love them, and serve them. This was the same mindset that Christ had, and we are challenged to have also (Phil. 2:1-11).

In 1 Peter 2:12 we are instructed, “Keep your conduct among the gentiles honorable, so that when they speak against you as evildoers they may see your good deeds and glorify God…”

One of my favorite stories in the Old Testament is the story of some Hebrew boys who were taken captive by the Babylonians. The Hebrews’ uprightness and reputation was of such renown that they were rewarded with great influence.

In honoring God, however, they were maliciously accused of dishonoring the King. When faced with the opportunity to respond to the allegations they respectfully declined the opportunity to defend themselves, but rather chose to trust God. For this, they were thrown into the fiery furnace (Daniel 3:15-18).

I am amazed by this small line in this story. After the three Hebrew boys were called out of the furnace it says, “The fire had not had any power over the bodies of those men… and no smell of fire had come upon them” (Daniel 3:27).

Not only did these men come out of the fire unharmed, there were not even signs of the ordeal they had just gone through on them. Every single time I have ever grilled or had a fire pit in my backyard I walk away smelling like smoke, but these three men walked away clean.

As Christians, we are set apart from the world in how we conduct ourselves. Often this brings accusations and attacks against us. We are faced with a choice: respond according to our flesh and risk starting bigger fires, or be faithful servants of God who walk away without even smelling like smoke.