We can’t seem to escape thinking small these days. That’s because our minds are drawn continuously to a tiny menace that continues its invisible march across the planet.

To counter this inward fixation, I’ve been lifting my eyes, and my imagination—wanting to think big—like trying to embrace the grand scale of this immense, finely tuned universe and my place in it.

I’ve turned to the Scriptures…

When I consider Your heavens, the work of Your fingers, the moon and the stars, which You have ordained, what is man that You are mindful of him, and the son of man that You visit him?

I’ve also watched a cool video called Journey to the Edge of the Universe. I love space stuff. It’s a long way to the edge, but we can journey this together in just the next few minutes.

We leave our terrestrial home, traveling at the speed of light (186,000 miles/second), passing the Moon almost instantly. We hurtle past Mars in 4 minutes, Pluto in 5, departing our Solar System 3.5 billion miles from home. Our sun fades from view. There is little relative movement of the stars because of the great distances within our Milky Way Galaxy. 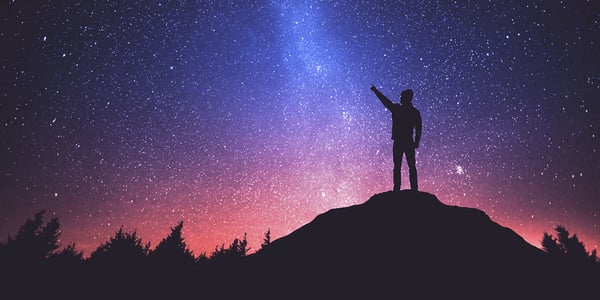 In the 5th year of travel, we pass Alpha Centauri, nearest star to our Sun, 25 trillion miles away.

Hold on… we’re shifting gears to light years (ly) to gauge the enormous distances we have yet to cover. Ten ly from home, the stars in our galaxy seem to converge. At 100 ly, patterns of gas and dust from an arm of the Milky Way surround us. After 1,000 ly, the galaxy’s arms and central disc are becoming defined, and at 100,000 ly, the spiral shape of our Galaxy is at last recognizable.

Now each point of light we see is not a star, but an individual galaxy, each composed of billions of stars.

Fast forward… 5 million ly into our journey, the Milky Way is now discernable as part of a cluster of galaxies. Fifty million ly out, we overtake the Virgo cluster with its 2,000 galaxies.

We charge ever deeper into the cosmos, passing cluster after galactic cluster, each a building block of a far greater framework we’re just starting to discern.

One billion ly… 5 billion… 10 billion… we see now only distant clusters until, after 14 billion ly, we reach the edge and discover there is a large-scale structure to the universe. It’s not random at all. From this vantage point, 100 billion galaxies form an intricate, stunning, threadlike tapestry which is Creation.

And beyond that? We don’t know. Do you think, maybe, there’s a Creator who knows?

For since the creation of the world His invisible attributes are clearly seen, being understood by the things that are made, even His eternal power and Godhead…

Pray this with me…

“LORD of all Creation, we stand amazed and in awe when we consider how big your created order really is, even if only the part we strain our eyes to see. And then to consider how much bigger YOU are. Who are we, that You of eternal power are mindful of us who, compared to your Creation, are next to nothing? Yet, you visit us in our tiny bit of space, lifting our eyes and hearts to your majestic love and grace. And it’s all through Jesus, in whose name we pray. AMEN.” 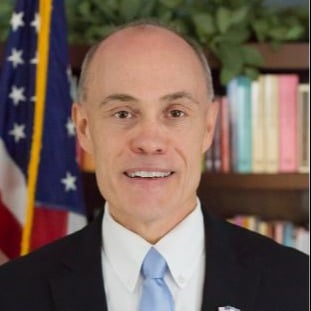