The Tomb Really Is Empty!

April 1st, is the infamous day of prolific practical joking. For one day only, jokesters across the nation will laughingly share their pranks while unsuspecting individuals become the brunt of punch lines. Individuals, friends, family members, neighbors, radio DJs, and even a few news anchors are known to get in on the action in an attempt to make others laugh.

The origination of April 1st as the national day of folly is shrouded in mystery, but whether you are of a joking nature or not, everyone has heard those infamous words at some point: “April Fools!” In fact, many who have encountered such a joke, find themselves suspicious of every oddity that happens on April 1. Is this a joke? Is someone pranking me? Is this for real?

This year, Easter Sunday, the day Christians celebrate the resurrection of Jesus Christ, coincides with April 1st. The last time this alignment occurred was in 1956. On the first Easter, the original Resurrection Sunday, John tells us the story of Mary Magdalene approaching the tomb of Jesus and the surprise that ensued when she discovered that the tomb was now empty. Running to Peter and John, she states in verse 2 of John, chapter 20, “They have taken the Lord out of the tomb, and we don’t know where they have put him!” 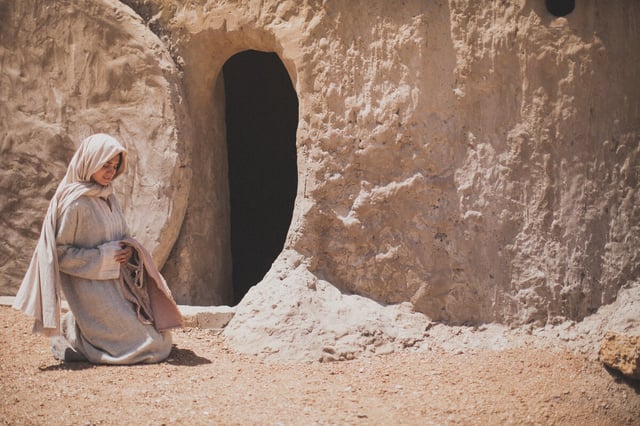 We see this moment of confusion take place when Peter and John run to the tomb, find it empty, see the grave clothes, and verse 9 tells us, “They still did not understand from Scripture that Jesus had to rise from the dead.” For a moment in time, they likely thought to themselves, “Is this a joke? Is someone pranking us? Is this for real?”

Already burdened with the pain of seeing their master crucified, Peter and John head home without answers while Mary stays near the tomb weeping. Something prompts her to look inside, one more time. Only this time, she sees two angels, dressed in white, who ask her why she is crying.

Her response, “They have taken away my Lord and I do not know where they have put him.” As she turns around, perhaps to leave, she is confronted with the very answer to all of her questions. Jesus himself is standing there, and he asks her again, “Why are you crying? Who is it that you are looking for?”

She did not recognize that it was Jesus, but instead says, “Sir, if you have carried him away, tell me where you have put him, and I will get him.” It is almost as if she is saying, enough is enough. Stop with the kidding. Let’s put his body back in the tomb where it belongs.

It is when Jesus calls her by name, “Mary,” that she realizes, this is no joke, this is for real, Jesus is risen! Suddenly, she cries out to him in Aramaic, “Rabboni!” meaning “Teacher.” He then sends her to the disciples to share the news, to which she excitedly states, “I have seen the Lord!”

This Easter Sunday, I want to encourage each of us to take another look.

Take another look this Sunday, or any day for that matter. You will find that the tomb is still empty. You will also find him standing by, waiting to welcome whosoever will ask him. Know that He desires to call you by name and have you recognize Him as your Savior. He desires to be the answer to your tears and heartache. The answer to all of your questions.

So don’t be a fool this April 1st. Respond to the call of your Savior!

“The fool says in his heart, ‘There is no God.’ They are corrupt, their deeds are vile; there is no one who does good.” Psalm 14:1

Wes is the Communications Manager at Christian Care Ministry. He also serves as the campus pastor at First Pentecostal Church of Sebastian, FL. He and his wife Lydia reside in Palm Bay with their four daughters.