The Church's Role in a Post-Roe v Wade World

The Church’s Role in a Post Roe V Wade America

A common argument made by proponents of pro-choice against pro-life advocates is, “You only care about children when they are in the womb.” Now, before we start getting defensive and quoting stats showing the huge impacts Christians have had on adoptions, food banks, pregnancy centers, and other charitable organizations, let’s take a step back and evaluate this statement. Yes, the Church has done a lot but we can do more and in the aftershock of this monumental decision, we should commit to do even more to support life not only in the womb but outside the womb as well.

At the age of 17, my then girlfriend and I had the unnerving experience of telling our parents that we were pregnant. We were both raised in the church; in-fact, her dad worked full-time at our local church and I was a part-time janitor. We were so scared to tell anyone that we didn't tell anyone until we were 6-months pregnant. Not only did we manage to hide the pregnancy for so long but we had devised multiple plans to “run-away” to another state after we broke the news. Praise God we chickened out!

The next few months were filled with tears, frustration, shame, and hopelessness. It was chaos… but God through the Body of Christ intervened. Our Pastor, in obedience to Matthew 18, enacted the biblical process of church discipline by calling us to repentance. We submitted to the process and publically repented before the congregation on a Sunday morning. The response? They embraced us. The church literally became the arms of Christ and we experienced His presence in a tangible, physical way. The avalanche of donations, the organizing of a last minute baby shower, and the overall emotional and spiritual support turned a moment of crisis into an opportunity to live out the Gospel of reconciliation! 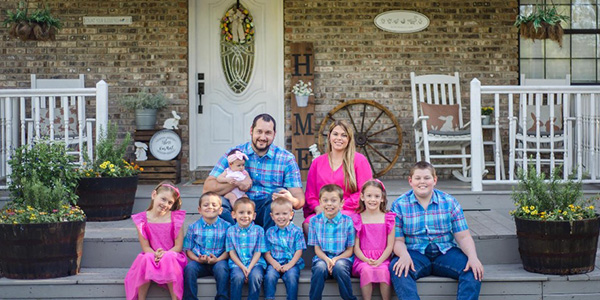 The Struggle is Real but God is Bigger

I would love to tell you that everything was perfect and we lived “happily ever after” from this moment forward but I would be lying. The struggle was real but the reality of His sovereign hand in providing for our little family became an even bigger reality in our life. Aliesha and I both graduated high school, we got married, and our baby boy, Isaiah, was raised in a church of people who loved him dearly. To be honest, the early years of our marriage are still a blur for me.  I had to work multiple jobs at the time along with attending trade school, medical training, or college. However, this still wasn’t enough to make ends meet so Aliesha would earn extra income with various online businesses to help.

We often reminisce of the times when we would park our car in a McDonald’s parking lot to use the WIFI or when we would drive through neighborhoods and pick up furniture that people put by the side of the road. There was a point in our life where I could walk you through our apartment or rental house and could tell you how each and every item in a given room was a testimony of God’s abundant provision for us either directly though the church or pure divine intervention! We have now been together for 15 years, married for 11, and have been blessed with 8 children. Even as I write this, I can hear the bickering of sibling rivalries and can't help but think about the long list of repairs that need to be made. However, I would not trade this experience for anything!

A Heavenly Perspective on Life

While the circumstances and the timing of Isaiah’s (our first child) entrance into this world were not in alignment with God’s perfect will for us, His Sovereign hand could not be forced to recoil from the work he is accomplishing, not only in my life or Aliesha’s life but the life of Isaiah and now the lives of Mercy, Gideon, Harmony, Moses, Ezekiel, Gabriel and baby Melody. It is in this context that I am given a completely new appreciation for Genesis 25:21-23.

Isaac pleaded with the LORD on behalf of his wife, because she was unable to have children. The LORD answered Isaac’s prayer, and Rebekah became pregnant with twins. But the two children struggled with each other in her womb. So she went to ask the LORD about it. “Why is this happening to me?” she asked. And the LORD told her, “The sons in your womb will become two nations. From the very beginning, the two nations will be rivals. One nation will be stronger than the other; and your older son will serve your younger son.”

In this story, Rebekah is finally able to get pregnant but something strange was going on in her womb. In the absence of ultrasound machines, Rebekah asks God, “What in the world is going on in there?” God graciously reveals that everything is fine, the twins are just fighting with each other. However, don’t miss the glimpse we are given into a heavenly perspective. God did not say that there are 2 “Babies” in your womb but there are 2 “Nations”.

In my narrow, time bound, teenager understanding, my world was being turned completely upside down because my girlfriend had a singular baby in her womb. What I could not see then was the 7 other blessings that God had purposed and intended for us before time began, that would not have come into existence if we had done the “convenient thing” of aborting our son . And yet, what I also cannot see, even today, is the impact that this small army of God’s children, or their children, or their children’s children will have on this world for the Kingdom of God.

As the church, we are called, rather COMMANDED, to care for the widow and the orphan. This command far surpasses just meeting temporal, physical needs but to help the people of this world look beyond the temporal by giving them an eternal perspective. Abortion does not just take a single life; it is the destruction of untold generations upon generations. It is this heavenly perspective on life that should invigorate the Church to double down in its efforts not just to save the life but to restore, redeem, and reconcile those who find themselves in a crisis pregnancy situation.

I am who I am today because Christ’s Church truly became the hands and feet of Jesus for us. I cannot imagine what would have happened if the Church was not there. Unfortunately, there are those who do not have to imagine crisis without support because they have lived it. Others observe the agony of that situation and are easily persuaded to do the convenient thing, yet still live in agony because of that decision. In all of this, the restorative, reconciling forgiveness and love of Christ is the answer! The Church of Christ has been given the privilege, the honor, and the responsibility to be his literal hands and feet in this broken world in crisis. 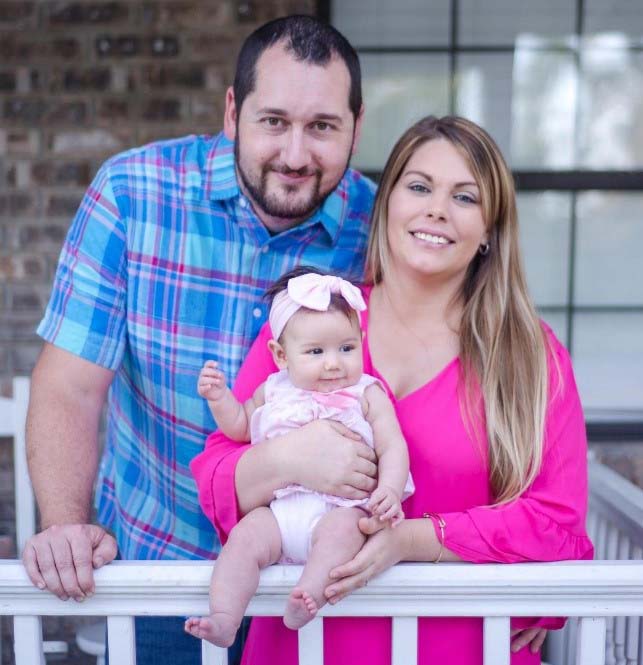 Austin is married to his best friend Aliesha and Father to 5 boys and 3 girls. When they are not homeschooling, the King family enjoys life on their tiny homestead growing exotic fruits, vegetables, and raising farm animals. Austin has been a Medi-Share employee for seven years working in multiple departments, most recently as the Director of Needs Processing.