What You Need to Know About Alzheimer's Disease

With someone in the U.S. developing Alzheimer’s disease every 66 seconds, it is likely you know something about it. It’s also likely there is more you can learn about identifying the symptoms early and possible prevention.

Alzheimer's disease affects more than 5 million Americans. It is the 6th leading cause of death and climbing as it is the only top 10 cause of death that, at this time, cannot be cured or even slowed. It is well worth your time to become more aware of this disease so you can recognize symptoms in loved ones and be sure you are practicing preventive steps for your future.

What is the main cause of Alzheimer's disease?

What exactly is Alzheimer's disease?

Often dementia and Alzheimer's disease are used interchangeably, but let's look at the differences.

Dementia is a general term for the loss of memory and cognitive ability to the point that it affects daily life. Physical changes to the brain cause dementia. Severity can vary from mild forgetfulness to complete dependence on others for basic daily activities.

Alzheimer's disease is the most common form of dementia accounting for 50-70% of all cases. This slowly progressing brain disease begins well before symptoms emerge. The brain changes typically found in Alzheimer's disease include brain atrophy (shrinkage), and protein plaques or tangles being deposited on the brain. Other changes include cellular damage to the brain from free radicals, brain inflammation, and cerebrovascular disease or heart disease of the brain.

What does Alzheimer's disease do to a person?

Alzheimer's can be described in stages; here is one break down described by the Alzheimer’s Association:

It’s important to know that you do have control over the health of your body. Although there is still a lot for doctors to learn about Alzheimer's, many risk factors are known and can be managed. 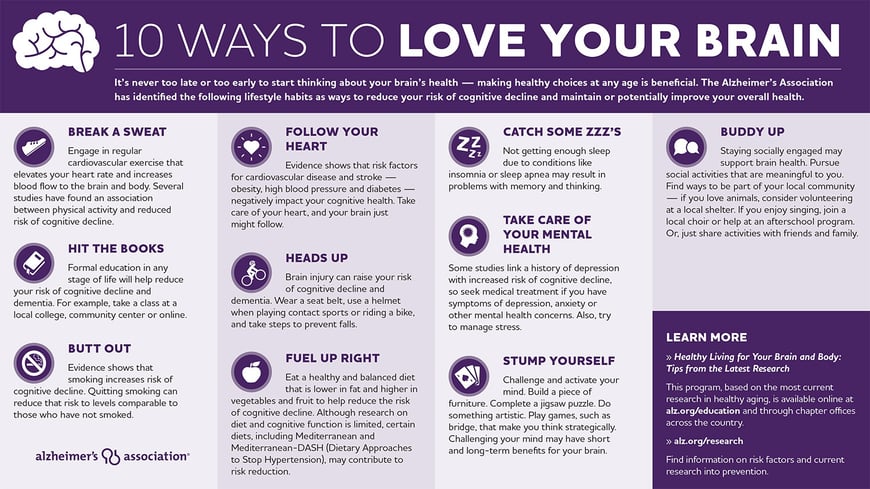 Encourage loved ones to live healthy lifestyles. Healthy diet, physical exercise, and social interactions can have a big impact on the course of this disease. Keeping your heart and vascular health in good shape maintains healthy blood flow to the brain, keeping your brain healthy too. Keep high cholesterol, high blood pressure, and excess weight in check as these all contribute to cognitive decline.

What is the life expectancy of Alzheimer's disease?

The Alzheimer's Association lists that "people age 65 and older survive an average of four to eight years after a diagnosis of Alzheimer’s dementia, yet some live as long as 20 years with Alzheimer’s. This reflects the slow, uncertain progression of the disease."

So much about Alzheimer's disease is unknown and uncertain. As with any disease, early diagnosis and treatment increases life expectancy.

Keep an eye out for early warning signs, such as difficulty remembering recent conversations, names, or events, as well as depression. Realize that although there is no cure for Alzheimer's disease at this time, there is treatment. The earlier treatment starts, the more effective it is.

The prevalence of Alzheimer’s is growing quickly, likely due to poor lifestyle choices common in our society. Take care of your body as well as your brain so that you can boost your health and, hopefully, prevent Alzheimer's in your senior years.