Listen For the Still Small Voice

Hi friend. Can I ask you a question?

When was the last time you felt that little tug on your heart? You know, the one where God prompts you to do something.

Now… how did you respond? Did you answer? Ignore it?

When was the last time you ASKED for God to prompt you? 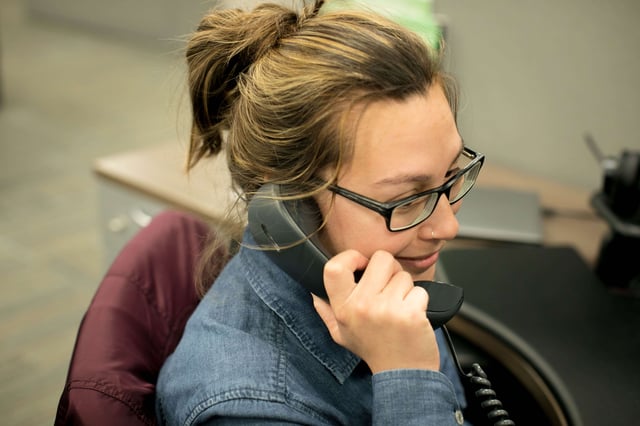 It was a little over a week after the Las Vegas shooting. I was given the task to find a vendor for an upcoming event. I called and left a message for a vendor located in Miami.

Later that afternoon, a very sweet sales rep called me back and apologized because she was working from home. She shared that she wasn’t feeling well and warned that I just might hear her child in the background. I assured her it wouldn’t bother me as I shared with her that I have four children myself!

We had a long conversation discussing business-related things and as I was beginning to wrap up, I felt that familiar tug – “ask if you can pray for her.”

I don’t consider myself an outspoken evangelist and I get really nervous when God prompts me to pray for somebody I don’t know. But, that day I chose to be obedient and offered to pray for her.

She eagerly said “yes,” and then explained that the company she works for has offices in multiple locations, and that she just happens to be located in Las Vegas. In a tearful voice she said, “You know, it’s been really hard here.”

I didn’t realize at the time WHY God wanted me to offer prayer, but HE did. He knew that this woman had a heavy heart over what her city had just experienced, and wanted to reach out and touch her. And that day He chose me as his vessel. What a privilege!

As the conversation was ending, she shared how touched she was that I had offered her prayer. She then told me that she looked forward to talking with me again.

I was so excited because I realized in that moment that ministry is what you make it, and it can happen anywhere. It can happen every. single. day. IF you are willing and obedient.

“Let us practice the fine art of making every work a priestly ministration. Let us believe that God is in all our simple deeds and learn to find Him there.”
― A.W. Tozer, The Pursuit of God

Since then, I have had several interactions with her and each time she has brought up the time I prayed for her. She even said that she has shared that experience with her friends.

Now, when I made the choice to be obedient, did I know that she would even say yes? No, I didn’t. But, I am so glad I chose to obey. Because, to me, I was just being obedient to a little whisper, a little tug telling me to offer prayer. But to her, it impacted her life beyond that one conversation.

Friend, has God prompted you this week to reach out to somebody? A stranger? A friend? A family member? Let me encourage you… make the choice NOW that the next time God prompts you, you will say “yes.”