Words play a key role in almost everything. We have to talk, write, type, text, or use words in some form of communication every day; many of us even hear words in our dreams.

We admire people who can seamlessly articulate an idea in a TED Talk or take 400 concise seconds to share a journey or story in a Pecha Kucha presentation. We’re alarmingly aware of people being “cancelled” or ostracized, dismissed and rejected because of the words they speak or write.

It is no wonder the gospel of John, intended to build our faith and confidence in Jesus, introduced Jesus as the Word. It is not simply a title - what Jesus said and what he did are tied inseparably to who he is. His words literally held and continue to hold the power of eternal life.

Bear with me as I set the stage to discuss an important aspect of communication and a perfect example. The Greek term used to describe Jesus in the first chapter of John is logos, capital T-H-E Word, implying the very thought or “reason” of God or God’s total Message. God made Himself known in and by His spoken utterances as “the Word became flesh and made his dwelling among us” (John 1:14).

Because what Jesus said and did are tied inseparably to who he is, the total Message of God was demonstrated to the world throughout time via Jesus’s life, death, and resurrection. Included in his brief life was his ability to communicate the enduring message of God’s grace. He was able to seamlessly articulate His Father’s will to us in a brief period of time.

It is not new that in relationships and our communities, including government and business, what we call the soft skill of communication is held in high esteem. What might be surprising is that one of the essential communication skills Jesus demonstrated was listening. Jesus was an expert listener; He engaged people throughout Scripture by paying attention and digging a little deeper to find out what was going on beyond their words. Think about the irony - Jesus THE Word also gave his full attention to hear the people he interacted with.

When the woman with an infirmity touched his cloak in Matthew 9, we’re told that “Jesus turned and saw her.” Before speaking he gave her his full attention. 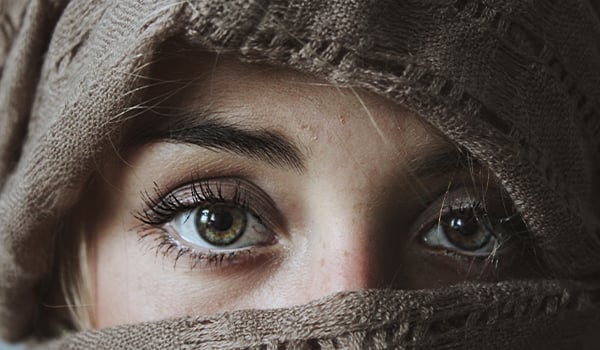 Despite the number of people around him, Jesus stopped and looked at the rich young ruler, whom we’re told in Mark 10 had fallen at his feet to ask, “Good teacher, what must I do to be saved?” We can be certain the look was directed specifically at the young man, as we’re told, “Jesus looked at him and loved him.” Jesus was already aware of the love the young ruler had of his money and his goods, yet Jesus gave his full attention to listen to the ruler’s request and personal list of good deeds. Then, Jesus spoke the truth in love.

Paying attention when the disciples later asked each other, “Who then can be saved?” Jesus looked at them and said, “With man this is impossible (for someone [rich] to enter the kingdom of God), but with God all things are possible.” The KJV translates that Jesus “beheld them,” and the NLT, that Jesus “looked at them intently” as he answered their question.

I can’t help but note how deliberate Jesus was by allowing questions to be asked before giving such thoughtful and on-point answers. He modeled being quick to listen, slow to speak, and slow to anger, though the rich young ruler walked away instead of placing salvation ahead of his wealth.

Very often, Jesus asked questions as a way of inviting people to share their thoughts and feelings. As Jesus sat by a well one noonday, he purposefully asked a Samaritan woman for a drink of water. Her surprise at the request by a Jewish man asking her for anything made her curious, and their conversation’s potency grew from there.

In Mark’s gospel account, as Jesus and his disciples were walking along, he asked them, “Who do people say I am?” The disciples repeated various answers but Jesus pressed in by asking, “But who do you say I am?” inviting them away from hearsay to search their own hearts.

As Jesus gave his full attention to those around him and zeroed in with questions to invite soul-searching conversation, he also demonstrated his expertise as a listener by mirroring and paraphrasing. Mirroring the emotion on one occasion, a friend of Jesus, Lazarus, lay dead in a tomb. His sisters went outside the village to meet Jesus. One sister, Mary, fell at his feet weeping, as were others around her. “Where have you laid him?” he asked. “Come and see, Lord,” they replied. Whether empathizing with their grief or troubled at their unbelief in his ability to do anything, Jesus openly wept alongside them.

As Jesus asked the woman at the well questions and primed a conversation, he paraphrased her answer after he asked her to go and get her husband. “I don’t have a husband,” the woman replied. Jesus repeated her words giving the full meaning of her answer, “You’re right! You don’t have a husband – for you have had five husbands, and you aren’t even married to the man you’re living with now. You certainly spoke the truth!” Hearing Jesus repeat her short answer with truthful meaning and without condemnation, she began to believe he was who he said he was.

One of the most compelling, truthful, yet condemning things Jesus paraphrased is recorded at the ‘trial’ of Jesus in Luke as the elders of the people, including the leading priests and the teachers of religious law, shouted at Jesus, “So are you claiming to be the Son of God?” Turning their question around, he replied, “You say that I am.” Point exactly re-stated.

I am. The Word masterly communicated through his spoken and demonstrated message of God’s unfailing love and faithfulness. To this day, paying full attention, asking questions, priming for deeper information, and paraphrasing to ensure the speaker’s meaning is correct continues to describe an ideal model of good communication.

In light of the trying year that we've had, more and more health providers, whether traditional health insurance or health care sharing alternatives, like Medi-Share, now offer telemental counseling with the benefit of never having to leave your home! 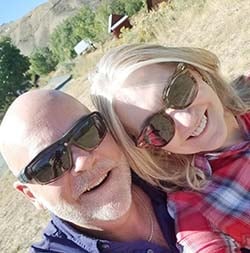