I didn’t even want to be a mom.

There, I said it. And it's almost Mother’s Day. Let the flogging begin (no, wait… please don’t!)

I’m not sure what it was that made me feel that way, but at some point during my early adulthood years, I was convinced I was not meant to be a mom. Perhaps it was because I was so career-focused. I was doing what I loved and in some way felt I would be required to give that up to have a family.

It sounds so selfish now that I think about it.

I suppose there were several things that shaped the way I thought about my future and whether that future included children. For one thing, I grew up in a single-parent home, so the only thing I knew was “mom worked; therefore, it’s totally normal for me to want to work.”

I had also received excellent career advice from mentors and others along the way, which included one of my favorite quotes, “Find something you love and do it.” So, I did.

Although I wasn’t making plans for motherhood at any point in my 20s, I was already an aunt. In fact, as my pack of nieces and nephews started to grow when I was in my 30s, I determined to be the best aunt I could be to my group of love bugs, as I called them. 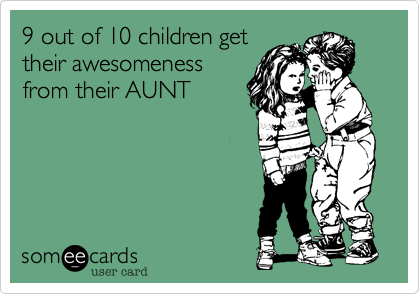 And that was fine with me. Love on them and give them back. Then return to my life; the one I had carefully crafted for myself with everything I ever needed.

Or so I thought…

It was just before I turned 32 that God started changing my heart.

Not all at once, but little things here and there would catch me off guard. Like being out to lunch and seeing a pregnant woman about my age, and getting a lump in my throat.

I remember trying to brush those things off, thinking it was just my head playing games with my heart. But, after some time, I couldn’t ignore the overwhelming emotions that were flooding over me. As I continued to struggle and pray, it became crystal clear that God had designed me to be a mother.

“So now what?” I remember thinking to myself on several occasions. What did this mean for my career? And, oh yeah, there was a crucial part of the family equation missing because I wasn’t married at the time.

Well, isn’t it like God to show Himself faithful?

Of course, I wanted things to happen immediately. But I’m here to testify that’s almost never how things happen in God’s economy. I still had a lot of learning to do in the waiting. And waiting… and waiting…

And finally, after about three and a half more years of waiting and applying all that God wanted to do in my life, He started to bring the pieces of the puzzle together.

Thankfully, God brought me a man who felt the same way I did about children and wanted to start a family right away. We weren’t getting any younger, after all. But, God had more for us to learn. Together.

Starting our family certainly did not go according to plan. At least not our plan.

After trying for several months, I found out I was unable to get pregnant on my own.

After talking it over extensively with my husband and praying about how to move forward, we decided we would try the medication route. With high hopes, we pressed on with this course of action and waited again. And waited… and waited… (I now see the pattern in all this).

With each month that went by, more and more friends were announcing their own pregnancies. On the outside, I could not have been happier. On the inside, the pain was excruciating.

Then, it happened. My brother and sister-in-law FaceTimed with us to announce they were expecting their third child. And the world stood still for a few minutes.

I was honestly filled with joy at the thought of becoming an aunt again. But, after they hung up, my husband lovingly held me as I sobbed in his arms for a solid 30 minutes. No words. Just love. Just what I needed.

Little did we know at that moment… we were already pregnant.

A couple of weeks later, it was my birthday, and while I didn’t want to ruin the day with more bad news, I knew I had to take “the test” as I had become accustomed to doing each month.

My 6am alarm came too soon, but I dragged myself out of bed to face another year. After taking the test, I placed it on the bathroom counter as I had so many times before, without a second thought. For some reason, just as I was about to hop in the shower, I thought to glance down.

I rubbed my eyes, not sure that I saw what I thought I saw. I looked again. I pulled the instructions out of the trash because I had never needed them before, but this time I needed confirmation.

Then I just stared. And the tears flowed.

Not even thinking to turn the shower off, I ran into the other room to wake my husband and share the news. It quickly became the best birthday ever!

Our first miracle baby arrived on December 2, 2014. I say our first, because God, in his crazy, perfect, sometimes hilarious plan, was not finished yet. 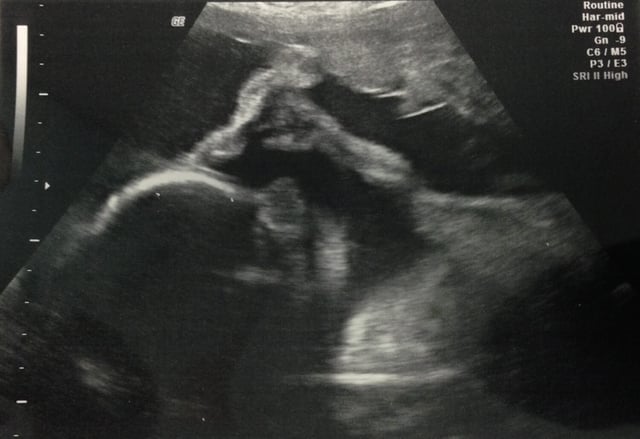 It was January 2016 when we got the second shock of our lives. We were pregnant once again. No drugs. No planning. Just God.

As our precious new little one arrived in September of 2016, I realized, as a parent of multiple children, your love is never divided; it’s multiplied. Times infinity.

I never knew my capacity to love until the day I held both of them in my arms. It caused me to reflect on God’s own love for us and how infinite it is. I knew in that moment that no matter how much I loved my kids, my Savior loved me even more. What a thought!

I cannot imagine another life now. I’m a mom. I know I am fulfilling whom God has called me to be. Life may not look exactly how I thought it would (a working mom with two kids just 21 months apart), but my heart is full.

With all its twists and turns, setbacks, heartaches, and even victories, this motherhood story is amazing to me, because I know it’s one only the Creator himself could have orchestrated.

I also know there are many others out there who have somewhat similar stories, and even some who are still waiting for their miracles. There are some who have endured more tragedy in their journey than I will ever know or could ever minister to.

I mourn with you.

I rejoice with you.

I endure with you.

I pray for you.

If you are a Medi-Share member and you have a story you would like to share, we’d love to hear from you! Include your motherhood story in the comments below, or head over to our website to share your story.

Medi-Share member Vanessa Sokic went through much more of a waiting and longing period than any woman ever expects. She shares her heartfelt story in this video.

“Blessed is she who believed, for there will be a fulfillment of those things which were told her from the Lord.” Luke 1:45 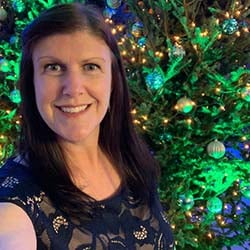 Rebecca Barrack is a wife and working mama of two beautiful girls, living on the Space Coast of Florida. She is a two-time graduate of Florida State University and is enjoying her second career in life, working at Christian Care Ministry / Medi-Share for the past 4 years. When not working, Rebecca enjoys Bible study, catching up with friends over tea, and cooking food she knows her kids won't eat. 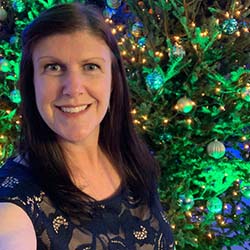 Rebecca Barrack is a wife and working mama of two beautiful girls, living on the Space Coast of Florida. She is a two-time graduate of Florida State University and is enjoying her second career in life, working at Christian Care Ministry / Medi-Share for 6 years. When not working, Rebecca enjoys Bible study, catching up with friends over tea, and cheering on her girls at the ballfield.