All I Want is Jesus and…

I was 18 when I became a Christian.

Like many young Christians in the early 2010s, I found myself swept up in a large church that had enough ongoing community groups, Bible studies, and sports teams that the church bulletin couldn’t possibly hold it all (yeah, we still had church bulletins).

Between work and college, I attended men’s studies, read C.S. Lewis, Charles Spurgeon, and listened to teachings from all the pastors rising to fame during the online church boom of the time. I also did what I could to soak up time with whoever would give me half an ear and five minutes.

I had questions, I was anxious, I was struggling with old sins, and I wanted someone to point me in the right direction.

And I felt very, very, alone.

Just over a decade later, I’ve realized that many Christians feel similar. We come to a saving and personal faith in Jesus Christ, and we expect to step into this church world where we will be surrounded by other believers who want deep and personal relationships with us too.

Except, many of us don’t find that.

Instead, we find ways to accumulate enough knowledge to get doctorates in theology, but few people who want to buy us a cup of coffee and just listen to all our questions and frustrations. We find enough church-based groups to constantly fill our calendars, but very few people willing to invite us over for dinner and engage in conversation. We find people who want to welcome us into their ministry, but not their lives.

I believe that most of us desire to have mentors and disciple-makers leading and guiding us, keeping us company and helping us through the toughest of times. We read the Bible and ask ourselves, “Where is our teacher? Our spiritual fathers or mothers?”

Some of us do have these people, but that doesn’t seem to be the norm.

Today, as I reflect on National Mentoring Month this January I am relieved and blessed to say that I have people in my life who are mentoring and discipling me. They love my family and me. They’re willing to give of their time and resources to love on us, and I look to them as people I hope to aspire to.

My journey here took more than 10 years though, and it wasn’t a smooth or straight path. During that time there was a season of life that became pivotal for me, a moment when I became aware of some heart issues that needed to be flushed into that open space in our soul where we can see it for what it is. 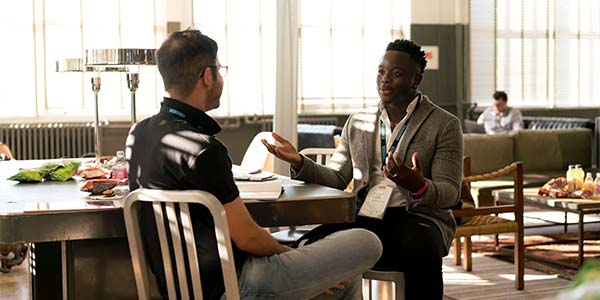 All I want is Jesus… and a Mentor

I’m not patient. Although I’m gifted with the ability to plan when needed, I prefer to jump headfirst into things and trust it will work out.

For much of my early to mid-twenties, this tendency to jump into the deep end resulted in some amazing blessings, but also some serious missteps. Not the least of those missteps was my tendency to try to answer my own prayers instead of waiting on the Lord. Specific to this story is the prayer that the Lord would send me a mentor.

Believing the Lord surely wanted me to have a mentor, and knowing I was in a church filled with godly men, I developed the habit of mentor hopping. Essentially, any man who 1) had been following Jesus longer than me and 2) who believed I had “potential”, suddenly became the next possible mentor. I probably wouldn’t have explained it that way at the time, but distance has given me a humbling perspective.

Ultimately, I ended up with a string of hurts because each of these men would let me down. It often wasn’t their fault, just a byproduct of my hoping they would be more than they really were… than they really could be.

In retrospect, I see this impatience and frustration for what it is: signs of a deep spiritual issue. It’s a common one for many people. Although I couldn’t have worded it at the time, it’s clear to me now that Jesus wasn’t enough for me. I wanted more. I wanted Jesus and a mentor. I wanted a God in Heaven, but also a man on earth who could answer my questions and give me encouragement and guidance.

I didn’t yet know that Jesus was enough, but I’m grateful that God didn’t answer my prayers for a mentor at that time.

“But whatever gain I had, I counted as loss for the sake of Christ. Indeed, I count everything as loss because of the surpassing worth of knowing Christ Jesus my Lord. For his sake I have suffered the loss of all things and count them as rubbish, in order that I may gain Christ and be found in him, not having a righteousness of my own that comes from the law, but that which comes through faith in Christ, the righteousness from God that depends on faith— that I may know him and the power of his resurrection, and may share his sufferings, becoming like him in his death, that by any means possible I may attain the resurrection from the dead.”

One of the greatest shames in my life is the sheer amount of times I skim over verses in the Bible and don’t fully process their power.

About seven years into following Jesus, I was jaded. I felt like my wife and I were on an island, and the church wasn’t there for us. We had just experienced deep loss and grief, and hadn’t received support from the very people we’d been following for years, the people we thought were our mentors and friends.

And in that loneliness, on that island, the Lord worked on my heart. Slowly, through a million little things that I didn’t notice, the Lord molded me from a broken jar into something new and whole.

I actually recall one moment in which some of that healing came to completion. I was driving to work and had just put on the new album from Beautiful Eulogy. The song that hit me is titled “If…” and right at the beginning the artist confesses:

“If in one unfortunate moment

You took everything that I own

Everything you've given from heaven above

And everything that I've ever known […]

It would crush me, it would break me

It would suffocate and cause heartache

I would taste the bitter dark providence

But you would still preserve my faith […]

I will praise your name

In the giving and taking away

If I have you I could lose everything

And still consider it gain”

Let me stop and say this: I intentionally listed very good things. In one real sense, we should all want and even long for a godly church and for the day in which all pain and sorrow is wiped away. But for me, and for many of you, I wasn’t satisfied with Jesus alone. I was like the man who’d found the treasure in the field, but instead of selling everything to purchase that field, I kept things in reserve. I wanted that treasure and something else.

Some of us are praying for good and godly things today. Some are praying for healing, some a spouse, some for a church that is authentic and loving. For many who’ve been reading our blogs this month, you’ve been praying the Lord would send you someone to walk alongside of you as a mentor.

Those are good things, and if I were with you now I would likely join you in prayer. 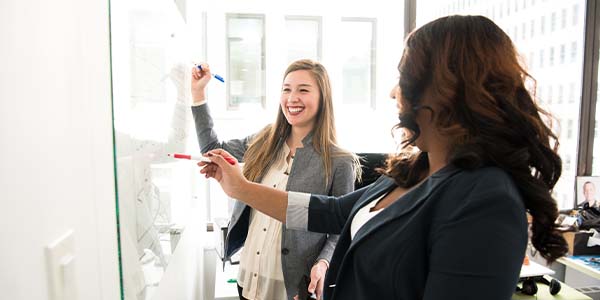 The Lord had me wait almost 10 years until I had mature believers in my life who I could look to as true mentors: men and women who truly love my family and me and are willing to invite us into their homes and lives. I love them and give thanks to the Lord for them often.

But I don’t need them.

If tomorrow they all abandoned me or were taken from me, if they fell into sin or if some other terrible thing befell our relationship, I would be deeply hurt and crushed, but I wouldn’t be broken. My faith, which in the past waivered in times of difficulty, wouldn’t shake at all.

Our culture, especially our church culture, values mentorship perhaps too much. We put weights on men and women that no one but Christ can hold. We hope those we look up to will be close to flawless, will devote parts of their lives to helping us be successful, will always believe in us, and so on. Sometimes we see people carry that mantle through the end, and praise the Lord when it happens. But often times people stumble, whether in small or spectacular ways, and they leave hurt in their wake.

Believer, check your heart with the Lord. If you are asking for a mentor (or anything else, really), ask yourself, why? Ask yourself, are you at a place where, if the Lord says, “No” you will still believe you’ve gained in this life simply because you have him?

Lord, make us like Paul, able to say that we count all that we’ve gained as loss for the sake of knowing you. 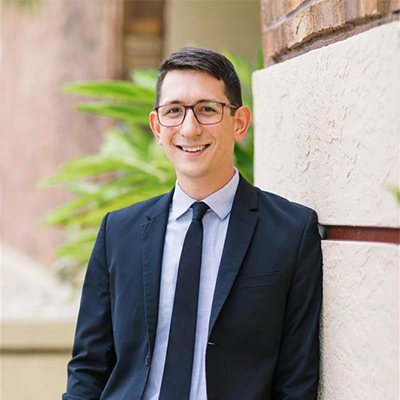 Phillip is a Learning & Leadership Development Consultant at Christian Care Ministry. He acquired his Masters in Educational Leadership while serving as an English Teacher in public education, prior to moving into his current role at the ministry. He loves spending time with his wife and three boys, building furniture, and drinking good coffee.