What Peter Learned About Perseverance

God has been teaching me (Traci) the importance of faithfulness these past few months. Looking back over our lives, our enemy likes to point out those areas where we’ve failed our Lord. God, however, looks at our hearts, and how we persevere. The life of Peter shows this clearly. Consider with me what Peter might have thought as he looked back on his days with Jesus. Then, what he discovered about God’s own faithfulness through the gifting of the Holy Spirit. Following is a fictional account of what Peter might say about his faith journey in the days following the Crucifixion, leading up to Pentecost:

“I’ve been living with a great deal of regret.

The night of Jesus’ betrayal, while reclining at the dinner table, he took off his outer robe, placed a towel around his waist, and washed our feet one by one.

When I balked at the very idea of Jesus bending down to place my feet in that basin, then drying them with a towel, he replied, ‘If I don’t wash you, you have no part with Me.’ (John 13:8b) Also, those prophetic words: ‘What I’m doing you don’t understand now, but afterward you will know.’ (John 13:7)

Then, during his ensuing arrest and crucifixion… The role I played, or rather, the one I chose not to play, for I denied him three times as he said I would… This brings me a tremendous amount of shame.

These final moments will haunt me for the rest of my days. The lesson settles in the deepest parts of me, ‘Your adversary the Devil is prowling around like a roaring lion, looking for anyone he can devour.’ 1 Peter 5:8)

I know this to be true. Even when your heart is in the right place, the opposition is always there, looking for his next opportunity.

Still, I remember the soothing voice of Jesus, which doesn't sound internal alarms as a roaring lion does.

The words of our Lord each time he spoke to me.

Even the time he accused me of acting on behalf of Satan, standing in the way of what God had called him to do. He always spoke loving words, although sometimes they were hard words to hear. Again, words I didn’t understand then, but their meaning becomes clearer to me every day.

‘Simon, Simon, look out! Satan has asked to sift you like wheat. But I have prayed for you that your faith may not fail. And you, when you have turned back, strengthen your brothers.’ (Luke 22:31)

After the resurrection, Jesus appeared to me. 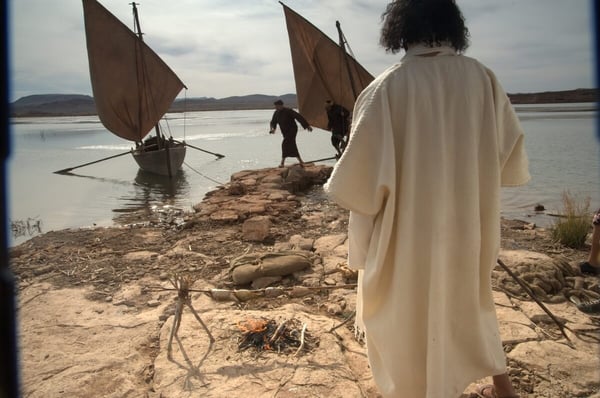 A few of us had gone fishing, for it was the only thing we could think of to do. I have never felt so unworthy; but that morning, he spoke to me of such things as forgiveness and grace.

It was then I realized when Christ overcame death, he provided the only way for any of us to stand before a mighty God, forgiven and without shame. Washed clean.

Another instance, in his resurrected body, he asked me three times if I loved him. Although his words carried no condemnation, they still stung. For I had always loved him. Did he not know how often I long for the intimacy I felt that day I took a few steps on the water toward him?

So I joined up with the other believers once again. I never forgot the words he spoke to me and me alone. I would endure any opposition from outsiders, and also possible rejection from those followers who knew I had denied him.

The believers accepted me once again, and we encouraged one another while staying in Jerusalem, as he commanded. That’s some of the best advice I could give – keep serving Jesus where you are, doing the last thing he asked of you, until he tells you what to do next.

What is love? Love perseveres.

In the midst of our unknown, the times of waiting, experiencing disappointment, and among resistance. Even when you let love down, love always shows up. For us, after all those days of waiting, love came down in the form of the Holy Spirit.

In the violent rushing wind and tongues like flames of fire, the Spirit came upon us, and things like a shameful past and vague instruction didn’t mean much anymore.

What mattered from that moment forward was God in us.

We were forever changed, and we only had one purpose – to move forward, to persevere, in the love of Jesus, wherever he sent us. To preach a gospel message. It’s his words, spoken in love, that go forth and change the world.” 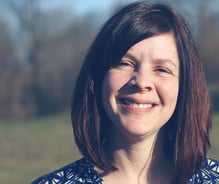 Traci writes on her blog, Traces of Faith, from her kitchen table in rural Michigan, not far from Lake Michigan’s shoreline. She’s blessed with a family of three - unless you include their dogs, cats, pigs, guinea hens, and chickens - then there are a lot more blessings to count! When she first started sharing her words, she wondered about what unique voice she could bring to a noisy online world. She’s landed on this one-line description: A Country Girl Goes To Church.