What it means to abide in Jesus

The below article is an excerpt taken from Shaky Ground: What to Do After the Bottom Drops Out ©2022 Morehouse Publishing Incorporated, New York, NY 10016

Jesus refers to himself as the vine in the fifteenth chapter of John. “Abide in me as I abide in you. Just as the branch cannot bear fruit by itself unless it abides in the vine, neither can you unless you abide in me. I am the vine, you are the branches. Those who abide in me and I in them bear much fruit, because apart from me you can do nothing” (John 15:4–5).

A few verses later, he adds, “My Father is glorified by this, that you bear much fruit and become my disciples” (John 15:8). Then, later he tells us the fruit that comes from abiding in him will last (John 15:16).

Abide in him as a disciple and bear fruit. What an invitation. I’ve messed this up more times over the years than I can count, but Jesus doesn’t say to get your act together and then come to him. He doesn’t ask us to work harder. He doesn’t say he’s keeping score.

The word for “abide” in this chapter is the Greek word meno, a primary verb. Think back to English class. What is a verb? The action word in a sentence. Jesus uses this action word thirteen times in this chapter. I’m thinking he’s saying something pretty important. Enough so that he’s given us countless ways to abide in him—spiritual practices.

Here's the invitation: to abide, to remain in him. In his final words, he didn't get specific about doctrinal stances, or clear up theological debates. If I may paraphrase, he said stick with me, and I will stick with you.

I did a quick search online and found other English words that are synonyms for meno. Read them slowly and add “in Jesus” after each word. This is what he wants for us. To stay [in Jesus], continue, dwell, endure, be present, remain, stand, sojourn, to be held, kept, continually.

Finally, tarry. We never have to rush our time with Jesus. If the intentional time we’ve set apart is interrupted, he’s there waiting when you return. It’s true as well that he’s always with us. How do we abide? You know by now. In silence, in prayer, in reading scripture, in getting to know our brothers and sisters in Christ, in the sacraments, in liturgy, in the creeds and catechisms. Anything that helps us focus on Jesus, finding ourselves following in his firm footsteps.

Abide in Jesus and his great love. Become his disciples and bear much fruit. We don’t even have to worry about producing spiritual fruit—it’s a supernatural by-product of abiding in Jesus. Lasting fruit, such as unity in the body of Christ, celebrates our diversity. A life of steadfastness we cannot find in quick fixes. A living hope that others will want you to explain (1 Peter 3:15). And in doing this, God is glorified (John 15:8). Unbelievable. 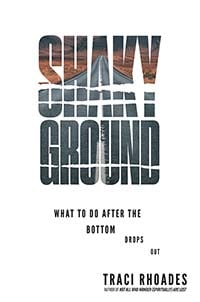 Shaky Ground is now available on Amazon or wherever books are sold. 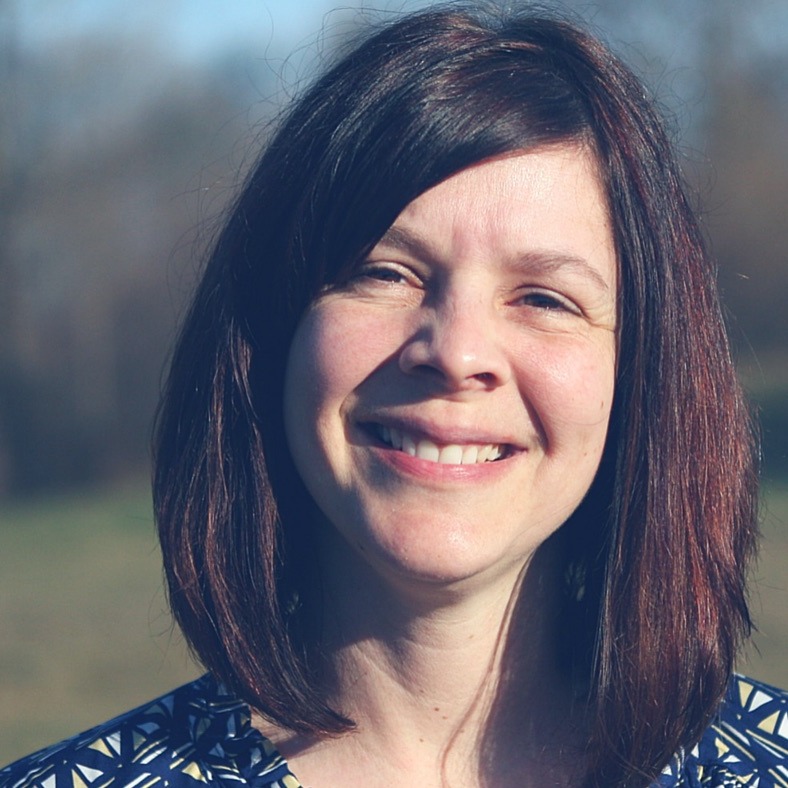 Traci Rhoades is a writer and Bible teacher. She lives with her family in the Grand Rapids, Michigan area. Connect with her online at tracesoffaith.com or @tracesoffaithblog on Instagram. She is the author of "Not All Who Wander (Spiritually) Are Lost" and her newly released book "Shaky Ground: What To Do When The Bottom Drops Out."