I’m going to say some things that probably won’t be popular with some people. May even ruffle some feathers.

Domestic violence/abuse is not always physical.

But how can that be, you might think to yourself. Abuse and violence are physical acts by nature, are they not?

Sure, but not only in that respect.

1. How does domestic violence affect a woman?


"Nearly 3 in 10 women (29%) in the US have experienced domestic violence and reported it having a related impact on their functioning." https://www.thehotline.org/stakeholders/domestic-violence-statistics/

In light of October being Domestic Violence Awareness Month, let’s talk about the abuse you can’t see---the abuse that is verbal, emotional, psychological, and spiritual – all of which I experienced firsthand.

My first marriage was not the fairytale Hollywood sells you, but what marriage is, really? Oh, I loved him dearly. So much that it blinded me to the truth; the harsh truth that became my reality before we even said, “I do.”

Before I go any further, I must praise God for His goodness, for He alone brought me through my storm. Though painful, we do not go through anything in life in vain. I have learned many lessons and God has seen fit to use me to share with others who are facing abuse.

I may not have had the visual evidence, the physical bruises that abuse can bring, but my internal wounds were eating away at me day after day until I became a ghost of who I once was, filled with hidden scars. There was a point when I was truly unrecognizable to myself.

That’s when I decided enough was enough. 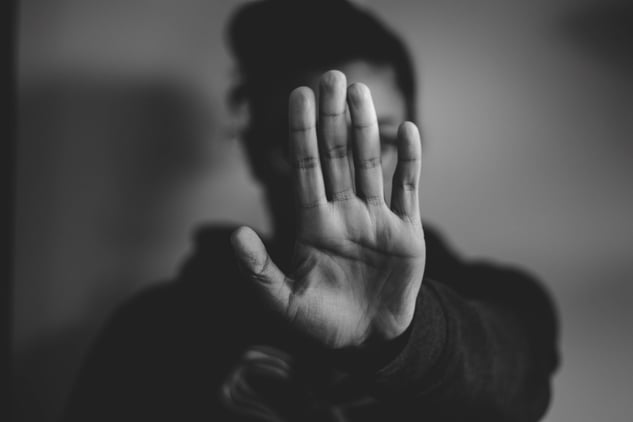 It wasn’t right. How I was feeling and what I was enduring was not okay.

2. What does the Bible say about Domestic Violence?

The Bible emphasizes how we should love and treat our spouses with respect and honor:

"The Lord tests the righteous, but his soul hates the wicked and the one who loves violence." Psalm 11:5

Surely, this was not what God intended for my life, was it? So, I clung to Romans 8:28 with every fiber of my being, believing this was not God’s will.

“And we know that all things work together for good to those who love God, to those who are the called according to His purpose.”

So how could I know God had better plans for my life when I did fear for my physical safety? How could these two feelings – fear and security – co-exist?

“For I know the plans I have for you,” declares the Lord, “plans to prosper you and not to harm you, plans to give you hope and a future.” Jeremiah 29:11

“I would have lost heart, unless I had believed that I would see the goodness of the Lord in the land of the living. Psalm 27:13

“The Lord is near to the brokenhearted and saves the crushed in spirit.” Psalm 34:18

“He heals the brokenhearted and binds up their wounds.” Psalm 147:3

I was doing all I could to listen to the Holy Spirit. We were in counseling, both individually and together, because I wanted to make sure I was doing everything possible to save my marriage. However, ultimately, it ended.

3. How does Domestic Violence affect you emotionally?


I experienced every range of emotion imaginable through that process: sadness, grief, loss… then anger, bitterness, and resentment, followed closely by fear, rejection, and shame. It was overwhelming. My emotions were consuming me.

That last one in particular – shame – surprised me. I felt ashamed that I couldn’t make it work. Ashamed that I wound up in that situation in the first place. Going through abuse changes a person. Because of the shame and because I felt like a failure, I began to not trust. Anyone or anything.

It was a long time before I told anyone what really happened. Not a soul truly knew what was going on behind closed doors.

Although I felt so far from God at that point, He was still reminding me in little ways that He would never leave me and that I could always count on Him.

I’m here today to testify that I made it. God brought me through the most unimaginable pain of my life. I was one of the lucky ones.

Unfortunately, there are so many who don’t make it out, or at least not without many more scars in the process. It can be terrifying to make a move, make a change, or even to tell anyone anything. Fear can paralyze you into staying in a toxic and maybe even life-threatening situation.

4. How can someone recognize the signs of Domestic Violence?

“Spiritual leaders, family, and friends need to be responsive when informed of spousal abuse. Violence of any kind should never be tolerated nor hidden under the cover of ‘godly submission.’ The God of the Bible is our God of refuge… a stronghold of support and defense against violence.” – June Hunt 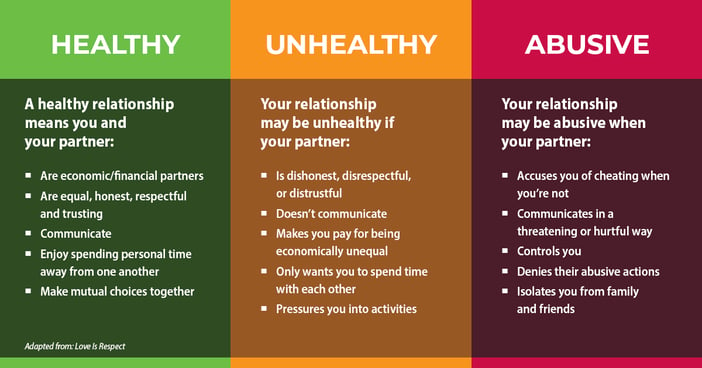 The truth is, one in three women are victims of domestic violence so there’s a high likelihood you know someone who has been abused. And the even sadder reality is that the church is not immune to abuse.

First, recognize the signs – a change in behavior, a friend stops talking about her relationship, putting themselves down frequently, avoiding all contact, and of course, any physical signs like bruises or in the way she dresses (in order to hide marks).

Second, in order for a victim to feel safe, you need to be available. Spouses who are abused tend to deny the abuse, downplay it, and even put up a façade to make others think everything is perfect. So if by some miracle a friend, family member, or neighbor does reach out, be there.

Third, respond in love when and if the victim starts sharing secrets. Don’t treat the problem lightly. Encourage them to talk and listen to what they tell you.

Finally, point them in the direction of proper help, whether it’s shelter, a hospital, counseling, or even court, and be available to take them wherever they need to go, not just provide information. Don’t try to give more counseling or advice than you are trained to give, but always pray with and for them, encouraging them in the Word as they seek professional help.

Truthfully, a myriad of reasons. Here are just a few:

But here is the absolute truth she needs to hear: it is NOT God’s will for anyone to be abused.

6 ways to help a victim:

Rebecca Barrack is a wife and working mama of two beautiful girls, living on the Space Coast of Florida. She is a two-time graduate of Florida State University and is enjoying her second career in life, working at Christian Care Ministry / Medi-Share for 6 years. When not working, Rebecca enjoys Bible study, catching up with friends over tea, and cheering on her girls at the ballfield.