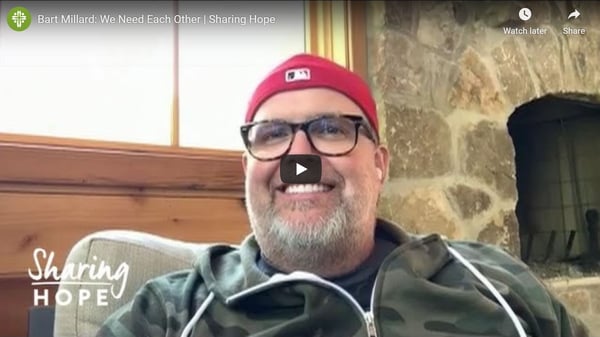 Bart penned the song I Can Only Imagine in response to his father’s cancer diagnosis and eventual transformation from an abusive father to a lover of Christ. The song won the 2002 Dove Award for Song of the Year and Bart garnered a Songwriter of the Year award as well. The song has taken the band places they never thought possible and has allowed Bart to share his story and a message of hope and healing with the world. A movie telling Bart’s life story, I Can Only Imagine, was released in 2018 and won a GMA Dove Award for Inspirational Film of the Year.

He is married to his childhood sweetheart, Shannon. They reside in Franklin, TN along with their children Sam, Gracie, Charlie, Sophie, and Miles.