Ask most people, believers or seekers, and they can recite this common verse word for word. We see signs held up at sporting events, and the black shading under a player’s eyes often tout the Scripture reference.

“For God so loved the world that he gave his one and only son, that whoever believes in him shall not perish but have eternal life.” John 3:16

Someone heard those words first though. Nicodemus. A Jewish religious leader, more specifically a Pharisee, who came to speak with Jesus personally. He had some questions he was honestly working through, and he hoped to find some answers. He didn’t come to attack or accuse.

In an interesting exchange where Nicodemus questioned whether an old man was to be born again by going back into his mother’s womb, Jesus explained his purpose for coming. God sent his only son as the way for us to avoid death and step into life eternal. Believers are born again into new life.

It’s a fascinating conversation really. We know Jesus didn’t mince words when it came to his condemnation of the way Pharisees emphasized the law without considering the hardships it brought on the people. The account of his displaying righteous anger as he overturned the money changers’ tables in the Temple courts is used to justify all manner of crass behavior on social media. I believe he does want us to be catalysts for change, but not at the cost of basic human dignity toward the average person. 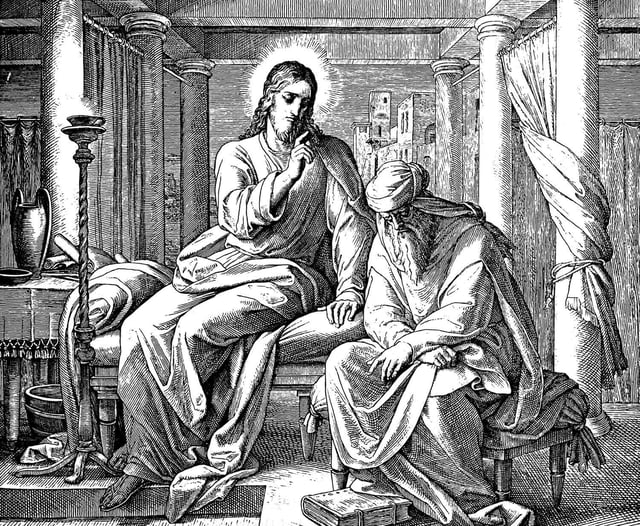 He approached Jesus personally. He respectfully called him teacher. He wasn’t looking for a heated debate. He even seemed to listen quietly and thoughtfully when Jesus responded to his questions. Jesus showed no signs of anger or condemnation in his response.

I think it’s time Christians stopped attacking one another. I’m not saying there aren’t issues to discuss, but there seems to be an overall attitude of disrespect. Terrible accusations thrown around on social media we would never say face to face in an honest exchange with a brother or sister in Christ.

I’m suggesting maybe we’d be wise to consider if there are other ways to effectively communicate; words to encourage fellowship and family unity, even on those points where we disagree. Isn’t that what healthy families do?

The next time we read about Nicodemus, he doesn’t appear to be questioning who Jesus is anymore. In the 19th chapter of John’s gospel, we read about this man who previously had visited Jesus at night. Nicodemus came with embalming ointments to bury the Lord. “Taking Jesus’ body, the two men [also Joseph of Arimathea] wrapped it, with the spices, in strips of linen” (John 19:40a). What a tender offering from two prestigious Jewish men who’d decided following Jesus was worth the risk.

The conversation Nicodemus had with Jesus made quite an impact. In the years following, he went from seeking truth to apparently becoming a follower of the Way, the Truth, and the Life. I wonder if he would have chosen differently had Jesus verbally attacked him. Or thrown a punch. Or in today’s social media crazed world, called him names on Twitter.

There’s a time for righteous anger, but I think believers often point to this as an excuse to be disrespectful before discerning how God would have them respond in a situation, often forgetting the person they’re communicating with is an individual who bears the image of God.

What is love? In 1 Corinthians 13:5, we read love does not dishonor others. In another translation, it’s not “rude.” We need less rude. I don’t think it’s effective at changing lives. I don’t think it helps our witness as a whole. I think there are better, more productive ways to respond to one another when we are angered about the latest hot topic. I think Jesus’ example as he talked with Nicodemus is worth considering. 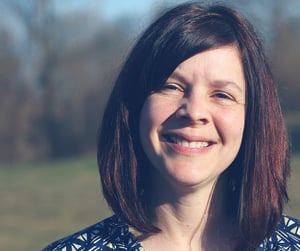 Traci writes on her blog, Traces of Faith, from her kitchen table in rural Michigan, not far at all from Lake Michigan’s shoreline. She’s blessed with a family of three - unless you include their dogs, cats, pigs, guinea hens, and chickens - then there are a lot more blessings to count! When she first started sharing her words, she wondered about what unique voice she could bring to a noisy online world. She’s landed on this one-line description: A Country Girl Goes To Church.