It's All About Time

The clock is ticking. Time is moving forward until the eventual day that Jesus returns. Are you ready? 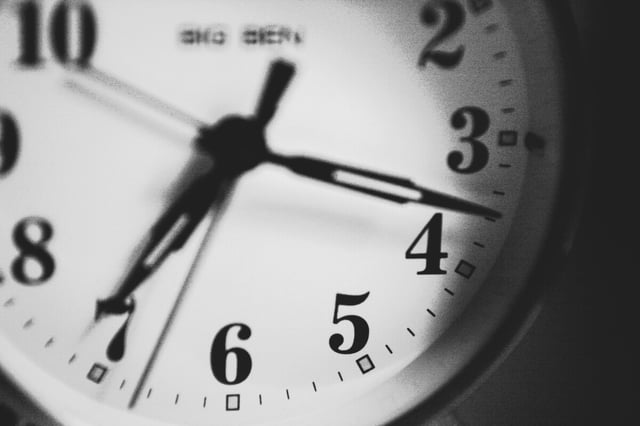 There are many days when I see the wars and rumors of wars, fires, earthquakes, and hurricanes, and I pray for His speedy return.

Then I start to think about all of the people who don’t know Him and I think about His mercy and why he hasn’t come back yet. There are so many lost souls who haven’t experienced His hope yet.

Then I think about myself and my family. As the spiritual leader, how do I stack up to who He has called me to be? I know I don’t pray enough. I know there are times when I don’t read His Word enough. I know that I think there is not enough time in the day to spend with the One who made me who I am.

And yet, the clock is ticking. It is bringing us closer to the day of His return. Growing up, I never thought Jesus could actually come back in my lifetime, but the way the world is today I am not so sure.

Where are you with your faith? Where am I with my faith? It is amazing that as a believer I don’t spend nearly enough time with Jesus. Often I am consumed with what is going on in the world. North Korea said this. Isis did that. When truly, I should only pay attention to what Jesus said.

Jesus said this in Matthew 24:4-8 – “Watch out that no one deceives you. For many will come in my name, claiming, ‘I am the Messiah,’ and will deceive many. You will hear of wars and rumors of wars, but see to it that you are not alarmed. Such things must happen, but the end is still to come. Nation will rise against nation, and kingdom against kingdom. There will be famines and earthquakes in various places. All these are the beginning of birth pains.”

Of all the things He said, what stands out the most is that He tells us not to be alarmed. How is that possible? These are scary times. People are hurting.

In John 16:33 Jesus says, "I have told you these things, so that in me you may have peace. In this world you will have trouble. But take heart! I have overcome the world."

His Word is Truth. His promise is eternal. His name is power.

Tick tock, the time is drawing near.

Tick tock. The clock is ticking.